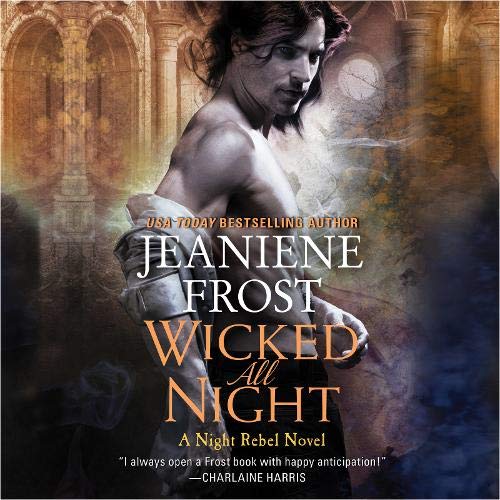 A gift from the gods…

Veritas and Ian have finally defeated their worst enemy, but the power it took to pierce through to the netherworld has unexpected consequences. Soon, Veritas is forced to rely on the last person she trusts—a golden deity named Phanes, who seeks far more than a temporary alliance with the beautiful vampire.

But an escape from the netherworld soon pits Veritas and Ian against supernatural beings seeking to rule over mortals once again. Now, they must rally friends and foes alike—if the vampire council doesn’t execute Veritas first. Plus, a wedge between Veritas and Ian threatens to destroy their love. Can they stand together against the unearthly powers about to be unleashed? Or does their love—and humanity—not stand a chance?

I love Cat & Bones, but Ian is a big favorite of mine. His relationship with Veritas is very back and forth with one always being upset with the other. Normally for the other one doing something stupid to protect the other one. In a way, it kind of gets annoying that they are constantly butting heads about this. They are both doing exactly the same thing to each other. They can’t just trust that the other can take care of themselves.

Wicked All Night takes us to multiple realms so we are not on earth the whole time fighting the fight. Many of our favorite characters are called in to help Ian and Veritas try to save humanity. This is always fun because the relationships and dialogue between Ian and his friends always runs the line between just plain sarcastic to veiled insults.

The situations that Ian and Veritas find themselves in are definitely intense and I was anxious a few times about how they were going to find their way out of them. We had some unexpected backstabbing that left Ian and Veritas in really hot water. I want to say more, but everything I start to right sounds too much like a spoiler.

Wicked All Night was another fun ride with Ian and Veritas. I was slightly annoyed by the relationship issues as there was just too much other stuff going on for them to be so protective of each other despite them both being badasses. I would love to see more of Ian and Veritas. Hopefully they will make appearances in any future spinoffs Jeaniene Frost makes.