Vendetta Road is Ice’s book. Ice had a horrible time in the school in the past. He had a twin and younger sister to protect. It feels like he is at the end of his rope when the sun, literally shines down on him. Ice doesn’t fight it. His past does creep up in a […]

In Last Dragon Standing we get the other hatchling of Rhiannon and Bercelak with an ego the size of Texas. However, beneath the charm and sometimes dipsy attitude, is a vital part of the royal family. Working to protect the family’s seat of power. She is cunning and smart but hides her plans and plots […] 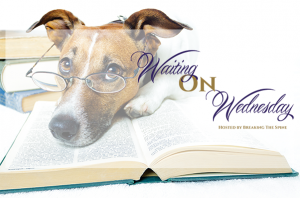 Waiting on Wednesday is a feature hosted by Breaking The Spine. This is my anticipated book of the week!     Isaak “Ice” Koval is on a club mission when he sees a woman who stops him dead in his tracks. Soleil is a sweet, sexy, girl-next-door type. She’s an innocent who should be nowhere […]

What a Dragon Should Know was so much fun. I really love Gwenvael and he can make me laugh with his ego. He truly believes he is the best of everything and gets insulted at any indication that he is not capable of being a strong, worthwhile opponent for anyone who opposes the throne. Gwenvael […]

The World of the Lupi series is building up to a war with the Great Bitch. Role shuffling is going on so that the defenses to any upcoming magical attacks can be dealt with without restraints from the normal government lines. This puts Lily in an uncomfortable position, but it does not take long for […]

In About A Dragon we get to see another of Rhiannon and Bercelak’s hatchlings, Briec the Mighty. He’s another dragon that prefers his own solitude in his den than to deal with humans. Other than maybe snacks. But when he meets and saves Talaith, he suddenly thinks she owes him. His arrogance, that Talaith calls […]

Do NOT let the .5 on the series number fool you. This is NOT a novella. At least not the size of a novella. This was definitely a full-length novel. The tragedy with Selena was a few books back. That book nearly killed me. One, it was spoiled for me on Twitter and almost kept […]

Dragon Actually was two tales. A little backward in the presentation but I was glad to get the story of Fearghus’s family. The characters in Dragon Actually were amazing. I loved seeing such strong women. Dragons are also a love of mine so along with great reviews I was excited to delve into the lives […]