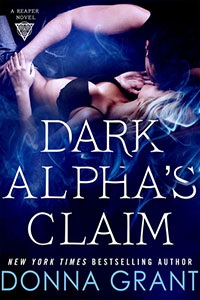 There is no escaping a Reaper. I am an elite assassin, part of a brotherhood that only answers to Death. And when Death says your time is up, I am coming for you...
My whole existence is based on taking what Death wants. Born to eliminate Fae guilty of unforgivable crimes, my reckless, wild nature makes me the perfect assassin to carry out Death's bidding. I've seen more sinister and violent dealings than anyone could ever imagine. But it was the sight of her face that stopped me cold. I've never wanted a woman-never mind a human-so badly; never felt my heart, hardened by death, burn brighter and hotter until it burst into flames. She is everything I desire. The kind of woman that compels you to stake your claim on her, to let the world know that she's yours. A Reaper saving her life will only attract danger, but I vow to protect her at all costs from the Fae that hunt her, and keep safe the woman who has claimed me, body and soul.

I’m kicking myself in the butt for not getting to this series sooner. It is intermingled with the Dark Kings series which I’m totally caught up on, so reading Dark Alpha’s Claim shot me back a few Dark King books.

It is definitely possible to jump in and start The Reapers on its’ own. However, since it is intermingled with the Dark Kings, there are a lot of references to the Dragons and what is happening in their world. I know I found it hard when I first started reading the Dark Kings, not knowing it was a spin-off of Grant’s Warriors series. The character overlap had me struggling the first few books trying to figure out who certain people were. I think that if someone tries to jump into The Reapers, they may find the same kind of troubles.

I’ve been curious about the Reapers since the first one was mentioned that we thought was following Rhi. They are this group that are under Death’s direction and all the Fae are terrified of them. There are many rules that the Reapers must live by. Of course, one of them would be that they could never have a relationship. In fact, a past Reaper has believed to been put to death after revolting when Death killed his lover. Needless to say, this plays a big part in the relationship between Baylon and Jordyn.

Besides the Reapers, the book seems to focus on half fae. I had never thought of that possibility before since Dark Fae do not leave survivors of their sexual encounters and Light Fae can only have sex with a human once. But I guess once is enough, or some Dark Fae are not as Dark as they would like to appear. Either way, these half fae seem to be a focus for the group. Of course, Jordyn is one of those half fae, so does have some qualities of the Fae.

Dark Alpha’s Claim was a short read with a lot of action, establishing the job of a Reaper with some peppering of romance. It was definitely insta-love, but the threat of what that love could do to each of them is a heavy cloud over their heads. We are introduced to a good group of characters and I’m excited for each one’s story. I’m hoping it won’t take me long to get caught up! 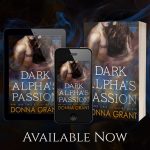