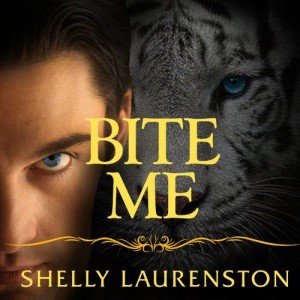 Livy Kowalski has no time for idiots. When you shapeshift into a honey badger, getting through life’s irritants is a finely honed skill. Until she gets stuck housing her nutso cousin and dealing with her dad’s untimely and unexplained demise.

That’s where Vic Barinov comes in—or his house does. Vic can’t step outside without coming back to find Livy devouring his honey stash and getting the TV remote sticky. It gets his animal instincts all riled up. But he’ll have to woo her at high speed: all hell is breaking loose, and Livy is leading the charge…

We meet Livy in Wolf with Benefits and see a bit of her personality as Toni’s friend. She’s fiery and has a killer instinct. She’s a honey badger that doesn’t put up with anything. Livy is quick to anger and thinks nothing of tearing faces off with her claws. She is kind of an outsider from other honey badgers as she focuses on her photography instead of the thieving that the rest of the family does. Luckily, she has Toni who supports her and tries to keep Livy out of jail.

In Bite Me, Livy must deal with the death of her father, which at first doesn’t seem to affect her much. Then, when helping out Vic Barinov, she discovers something that totally sets her off. Her anger is so deep it takes her days to actually come out and explain to Vic what she saw. Livy’s discovery is a big step in finding Frankie Whitlan and the search takes off. Livy’s family of honey badgers gets introduced as everyone joins in the search. These honey badgers are SO great! They are so different from other shifters. Livy is able to keep them somewhat under control with a few rules. I can’t say enough about these badgers. They are violent and sneaky. They are feared by other species for their lack of morals. Their scenes left me with a mix of horror and laughter at their actions. I can’t wait to read more about them.

Vic and Livy are great together. Vic is so laid back and truly accepting of Livy’s strange ways. I mean, sleeping naked in a kitchen cupboard? I guess you do what you’re comfortable with! Vic’s family and contacts help bring the quest to find Whitlan. Things are planned out nicely and with a few favors, the series comes to a satisfying end. I am going to miss Dee Ann, Blayne and Cella. Hopefully, we’ll get to see some of them in the Honey Badger Chronicles.

Bite Me takes you on a great journey from a crazed, hair-triggered honey badger to one who can accept being mated and in love. It was such a fun ride, I’m glad I decided to binge this series.

Charlotte Kane’s narration was spot on. I really enjoyed her work with all these outrageous characters. She had such a wide range of accents she needed to overcome and I think she did an amazing job. Charlotte Kane made listening to the stories worth it!