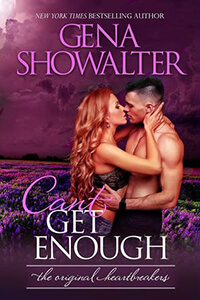 The king of one-night stands...
To inherit--and destroy--his father’s business at long last, Brock Hudson needs a temporary wife. The ruthless ex-military heartthrob has always avoided romantic entanglements. Women are sweet, but vengeance will be sweeter. Or so he thinks. Only one woman will do, but the vulnerable beauty is more than he bargained for—sexier, wittier, and utterly irresistible.

The queen of the deep freeze…
After an abusive first marriage, Lyndie Scott has sworn off relationships. But still she longs for a child of her own. Turns out, the brawler who used to frighten her with only a glance is the answer to her problems. She agrees to his proposal, with a caveat: spend every night in bed with her, then walk away for good when it’s time to divorce. Even if she’s pregnant.

A marriage of breathtaking inconvenience...
As the days pass too quickly and the nights heat up, Brock battles a sense of possession and obsession. Will the former commitment-phobe convince his wife they’re better off together, or will she pack her bags and go?

I’m torn on Can’t Get Enough. I really loved Ryanne and Jude in Can’t Let Go and this book was going to have to really pull some magic to compare. I’m not sure it accomplished it. I really enjoyed the story, don’t get me wrong. This was a really fun read, I have to get past my Ryanne and Jude addiction!

Brock has been a great character from the start. Yes, he’s been the one night stand king, but he’s also there, no questions asked for Daniel or Jude. Whatever they need, whenever they need it, Brock is there for them. That really made me love him right from the beginning. In the previous books this couple is pretty much hinted at anyway, so in your mind you’re already excusing him his ways because you know it is all to cover up what he truly feels for Lyndie. He has always beens so nervous of scaring her off that he never actually makes any moves towards her, which leads Lyndie to think he is not interested, even if she is. Lyndie surprised me a little bit. Despite her friendship with Dorothea and Ryanne, I was still seeing her as the little mouse and was worried her character wasn’t going to bring in the fun I’m used to with the characters of this series. I was wrong. Gena shows us a side to Lyndie that is fun and lighthearted despite the fears that still linger. I absolutely loved the scenes where she blames the wine for her ideas and actions. Cabernet can be a no-good liar!

The chemistry between Brock and Lyndie is shown right from the start. I was surprised by Brock’s forwardness when he proposed to Lyndie. I didn’t think he would get past his worry of scaring her enough to let her know how much he really wanted her. There is so much push and pull between the two throughout the book, but I was really glad that Brock was fairly quick in realizing what he wanted and was willing to work through Lyndie’s fears to get it. I loved Ryanne and Dorothea’s advice and help when Lyndie was at that turning point before letting herself forgive and accept what she wanted from Brock. Those girls are a hoot and I love every minute with them.

I felt like there was so much more that Ryanne and Jude had to overcome in their book, which kept me captivated. However, the banter and connection with Brock and Lyndie had me giggling in many spots. They really were meant for each other. Can’t Get Enough was a fun read where we once again get to partake in the great writing of Gena Showalter that will keep your heart stuttering and lips laughing throughout. We get the suggestion at the end of the book that there is more to come. I hope that is so, especially if it is Brock’s brother because I really took a shine to him in this book!

You could definitely read this as a standalone, although I think you would enjoy it so much more if you at least read the two before this one.