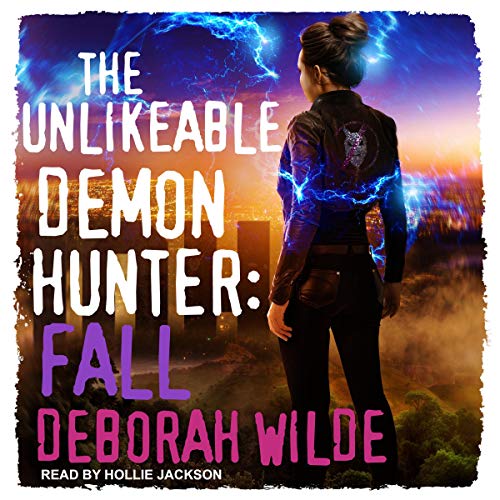 With the Brotherhood and certain witches gunning for Nava, people are taking bets on who will kill her first.

Not to mention that the shambles of her relationship have just been thrust into the spotlight for a mission to take down one of the deadliest demons she's faced yet. A demon who'll force her and Rohan to confront their own inner demons once and for all.

Nava heads to Los Angeles to make her bold play - on all fronts - but can she stop her foes before they destroy her for good?

And who else will have to die?

For most of Fall, I was having a great time. The race to save Nava, the Brotherhood investigation as well as another loose Demon that Nava and Rohan have been tasked with eliminating was exciting and non-stop action. It was great that a lot of the emotional drama with Rohan and Nava was taken care of at the beginning of the story. It was worked out pretty quickly once the two got in the same city and were able to work things out like adults. With Rohan as her sidekick, he was able to reel Nava in a bit. Other times she still made bad decisions. However, I was proud of her for actually thinking some things through before barreling head first into danger no matter the cost. She was actually considerate of Rohan’s feelings on things.

And then we get to the end. Nava once again strays off course, and we have an ending that had me so frustrated! It was basically a cliff hanger and now I’m stuck. You would think with my feelings towards this series I wouldn’t be too invested in waiting for the next book. Unfortunately, I’ve become attached to these characters no matter how frustrating Nava is. The wait is going to be excruciating to find out what is going to happen to Nava, Rohan and all the good Brothers.

I definitely think Fall was an improvement, but because of that ending, I just have to knock it down a star. I’m not a fan of cliff hangers. This was series that took awhile for me to get over some issues, but I’m finding that I’m getting sucked in more and more.