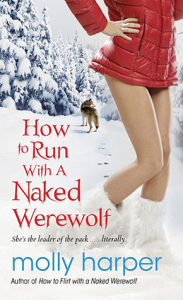 Down, Boy
Anna Moder has just witnessed a shooting, seen her car pulverized, and rescued a wounded stranger only to discover he's really a werewolf. And by her recent standards, things are actually looking up. Lycanthropes don't faze Anna. Doctoring a wolf pack outside Grundy, Alaska, is the closest thing to home life she's known in years. But hitching a ride to Anchorage with long-absent pack member Caleb Graham that's a risk. Part of her itches to whack his nose with a newspaper. The rest is trying unsuccessfully to keep her own paws off every delicious inch of him.
The problem is, Caleb employs his lupine tracking abilities as a not quite-legal bounty hunter, and Anna is suspicious of both him and his profession. On the run from her past, with old problems closing in, she'd like to stay far, far away from anybody with connections to the law. Caleb, however, seems determined to keep her close. Are his intentions noble, or is he working a more predatory angle?
Anna's been dreaming of returning to a semi-normal life, but now she's experiencing a strange new urge . . . to join Caleb in running with the wolves.

Anna Moder is on the run, and wouldn’t you know that she would run into and save someone who tracks runners, Caleb Graham. How to Run With a Naked Werewolf is a book of secrets. Just when you think the couple have revealed all to each other, another little tidbit rears it’s ugly head. The couple are crossing Alaska while Caleb works jobs and Anna rides along hoping that Caleb will finally get her to Anchorage where she can start her new life.

Anna is skittish, as well she should be after what she has been through. Just after she gets settled, her life gets torn apart again. You really feel bad for Anna. How can she continue to live her life like this? Caleb makes her question that life.

Caleb has his own secrets. He seems like such a down-to-earth, all-around, good guy and I was really disappointed in him when his last secret was revealed. I really questioned the point of that secret. I’m glad Anna took her time adjusting to that one, he really pulled a doosy.

The ending was great, the build up was there and you just knew it was all going to come crashing down on them. Anna may have seemed weak in running from her problems, but she can really take a whollop. I also must say, fire extinguishers are awesome defense tools for werewolf mates! I loved seeing Mo and Maggie. Just add Anna to the spunky group of females in this great series.

I really enjoy this series, because even though it takes on some serious issues, it also has a fun factor, taking you through a range of emotions for the characters.