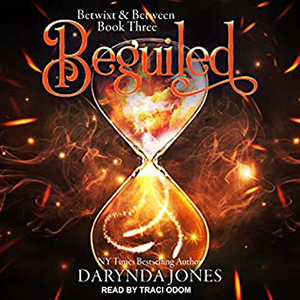 Newly indoctrinated witch, and a charmling to boot, Defiance Dayne discovers there’s more to life after forty than she'd ever imagined possible. Especially since one neighbor is trying to seduce her, another neighbor is trying to steal her house out from under her, and a third neighbor is trying to get her kicked off the planet. Oh for three, but things start to look up when a new witch moves to town, one who says she’s been sent to thwart an attempt on the charmling’s life.

Dephne decides she has three things to do before she can die. Find out who killed her beloved grandmother, teach her BFF, Annette, the finer points of spellcasting before she blows up the world, and figure out how serious her relationship with the Adonis living in her basement really is. If it’s heading in the direction she’s hoping for, she can die happy. Though, admittedly, she’d rather not.

Defiance Dayne is starting to adjust to her role as a witch and charmling, but there is so much for her to do. Avoiding death and dealing with all the other responsibilities on her list would overload anyone.

Dephne doesn’t let much slow her down. Her approach to everything going on around her is pretty original and fun. Annette is a blast and the developing love affair with a certain wolf certainly make things interesting.

I think I would say most of the supporting cast make this book interesting. They are sassy and fun. It’s not all the younger crowd that enjoy the world of love and danger!