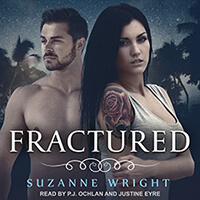 Since the moment Imani Prince joined the Grand High Vampires’ legion, she’s been drawn to the self-assured and darkly sexual Robert ‘Butch’ Richardson. Although he walked away from her a year ago after a short fling, she doesn’t judge him for his difficulties with relationships. But now he’s in her space, declaring that he wants her back and regrets his earlier mistakes. While Imani’s past is trying to interfere with the present and the threat of a war is looming, she has to decide whether to give him what he’s demanding: all she has to give.

Butch has always struggled to connect with people, but something about the sensual and independent Imani pulls at him until she’s become an obsession that he simply can’t shake. But she was with another male, and watching them together was agonizing. When that relationship ends, Butch makes his move. Now he has to convince her to take a second chance on him, and he won’t leave her alone until she does. As far as he’s concerned, Imani’s his and has always been his. He just needs to make her see that.

Warning: This book contains sarcasm, sexual scenes, a female with attitude, and an alpha male who has a problem with the word 'no'.

Fractured is book 5 in the Deep In Your Veins series by Suzanne Wright. I have read that the series is not over, that the author is still planning more books and I think I might pull my hair out waiting since it has been years since a new book has been written. From the website it doesn’t even look like Paige’s story has been started. Can I say I want to cry? I’m so glad that I am just listening to this series now instead of having followed it from original release and having to wait this long. I will definitely be giving Suzanne Wright’s other series a try. Hopefully they are in audio as well.

In Fractured we feature Imani and Butch. I wasn’t sure how I was going to feel about Imani as I had a sense of her being shy and hiding behind Paige a lot. That was so wrong. Imani was as strong as all the other girls on Sam’s all woman squad and had a personality all her own. These girls that Sam has chosen are all very independent and stubborn in their own ways so it is hard for the couples to come to agreements on the relationship front. The guys have intense protective instincts that step on the girl’s toes so a lot of compromises have to be made. Butch has made mistakes and trying to make up for them has caused a lot of friction between both his squad and Imani’s. A serious attack on Imani and Butch’s reaction has everyone swallowing their pride and begging forgiveness. Well, they would never admit to begging, but Imani and Butch make sure that apologies are genuine.

I was very worried for Imani and what her new issues were going to do to her position on the squad. It didn’t help having her maker and his consorts at the Hollow being held for the attack on her. Marco, her maker, is very manipulative and had me wanting to hurt him numerous times.

We also get the introduction of some new beings. The fight to protect the Hollow from them was intense and full of surprises for both the Grand High Pair, the squads and Imani and Butch.

I loved seeing the girls all together in their movie nights and the epilogue featuring Sam and Jarod. When they are relaxing, they know how to have fun. Fractured wasn’t as fun for me as Consumed, but it was still a great listen! This series has been great with all it’s action and romance. There are fights for both which I loved. The romances may seem like insta-love, but they really have to work at them, which makes them more real, giving you the emotions of the pair to deal with.

This was a great ride and I can’t wait for this author to produce the next installment. It will be an insta-buy for me!