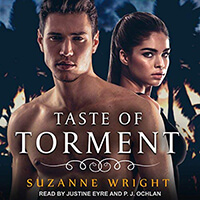 It’s been five months since vampire Sam Parker Bound herself to Jared Michaels, her powerful co-commander within the Grand High Master vampire’s personal legion. Life as a Bound couple has been going just fine…until the Grand High Master announces he will be stepping down from his position and wants Sam and Jared to take his place. Oh joy. Despite Sam’s reservations, she agrees to ascend. But something very powerful has surfaced; something that is quickly decreasing the vampire population and could steal the lives of people close to Sam. At the same time, she finds herself under the scrutiny of vindictive vampires accusing her of exploiting her position as a commander – something that would threaten her ascension. Under the watchful eyes of people who would love nothing more than to strip her of her title, Sam and Jared must continue to conceal her hybrid status and find a way to fight this power that nothing before them has ever been able to overcome. If not, they stand to lose not only the people they hold close, but their future as the Grand High Pair.

Warning: This novel features a female vampire who is a ray of blunt, obstinate sunshine, a possessive alpha male vampire who considers her his only weakness, lots of bad words, some dirty talk, and steamy explicit sex.

I have to say, I have become addicted to these characters and this series. Taste of Torment held just as much adventure and action as the previous books.

This book brings dangerous situations to Sam and Jarod. I’m finding that most of the time Sam is the one in trouble and making Jarod lose his mind thinking he’s going to lose her. No wonder he is so overprotective. Sam doesn’t do it intentionally, but it is like all of vampire kind would like to see her dead.

In Taste of Torment, the couple are supposed to be preparing for taking the positions of the Grand High Pair. Instead they end up fighting off deadly diseases, complaints against Sam and her training of the squad, and an invasion of the Hollow.

Don’t get me wrong, I absolutely adore Sam’s character, but she makes decisions without regard to herself. She is trying to overcome this as her death would mean Jarod’s death. However, she is still a little reckless. She makes a decision in this book that had me yelling at her in my car. I couldn’t believe she was actually going to do this thing! I think I was just as hurt and ticked off as Jarod!

Jarod’s neediness sometimes bothered me. He has a desperation about him when it comes to Sam. In a way, I understand because Sam is definitely stubborn and hard headed. But other times he just seems to go overboard. Both Sam and I roll our eyes.

I have really grown to love the guys in the squad. I can’t wait until we get some of their stories. They are so loyal. They are also sarcastic and have great attitudes. They are really awesome. We don’t really know much about the other squads, but I think Sam and Jarod’s squad is the best the Hollow has!

Taste of Torment is like a roller coaster. Just when you think you are at the end, the bottom drops and you are neck deep in another adventure. People’s lives hang in the balance multiple times throughout the book and you never know who is going to get hit next. It was an awesome ride and I was hooked from the word go.

I have pretty much acclimated to the dual narration. I love Justine Eyre and P.J. Ochlan is wearing on me. I’m still not crazy about his female voices, but have gotten past it enough that it doesn’t bother me. The story and what is going on has me too sucked in and his British female accent for Sam doesn’t pull me out too often anymore.

I’m really enjoying this series and definitely recommend it. I think I’ll be on the lookout for recommendations of other Suzanne Wright books to try as this series has made her a favorite of mine!