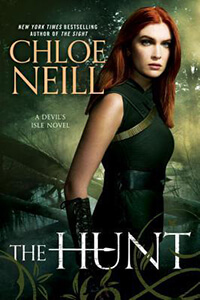 From the New York Times bestselling author of the Chicagoland Vampires Novels--the hunter becomes the hunted in a New Orleans devastated by a Paranormal war....

When bounty hunter Liam Quinn discovered that Claire Connolly was a Sensitive and infected with magic, he should have turned her in to be locked up in the prison district known as Devil's Isle. Instead, he helped her learn to control her power and introduced her to an underground group of Paranormals and humans who know the truth about the war and those who fought it.
Now the weight of Liam's own secrets has forced him into hiding. When a government agent is killed and Claire discovers that Liam is the prime suspect, she races to find him before the government can. But she'll discover proving his innocence is no simple matter. Their enemies are drawing closer, and time is running out....

Everyone is trying to stay under Containment’s radar since Claire’s magic was shown during the fight with Ezekiel. Some of the Paras got passes after the battle and are living on the outside. Moses was pretty much coming and going as he pleased at the end of The Sight, and he is a pretty good companion for Claire. They scavenge and pass on to the Devil’s Isle clinic anything they find that might be needed. Until Gavin alerts them that there has been a murder and Liam is the prime suspect. After consideration, Claire joins the party to go find him and alert him. I wasn’t sure what they thought was going to happen. Gavin, Claire and Malachi all seem intent on him staying where he was after Liam finds out. They should have known that he would insist on coming back to clear his name and get the bounty off of him.

I was left hurt by The Sight, when Liam disappeared. I thought they had worked through all their issues and were now going to be a team against the problems of the world. So when it comes time to find him, I was really hoping that Claire would really go off on him, but apparently she is better and more patient than I. Which is funny considering what they say about red heads and their tempers! 😉 Things are awkward until Claire spells everything out for him. What she needs to know from him before they can move on. But their relationship problems do not keep them from working together.

In the midst of all the clues and hair raising situations, Claire gets a surprise. She has to try and deal with the feelings that surprise bring on but yet keep her head straight on the plans the team are putting together. I found Claire a tad bit reckless in some situations where she strikes out on her own despite the bounty on her head. She’s been sneaking around New Orleans for 5 weeks now, yes. But during this whole mess, she has done things to bring attention to herself and she is now almost as wanted as Liam. It’s dangerous. She does however collect some very useful information and a great lead that puts all the pieces into place.

To say all hell breaks loose at the ending is putting it lightly. Just as I thought we had come to our conclusion, we get a surprise that is going to turn the world upside down. The setting for upcoming books is being set and I think they are going to be full of action.

I was left freaked out for what was to come, but also content with the way the characters had developed. Claire and Liam really grow into themselves. Gavin and Moses are still two of my favorite characters. They can bring a smile into even the most dire of situations. After this ending, there HAS to be more coming. I have yet to find any news on a book four, but I’ll be keeping my eyes open. I feel like a door has been opened and the world is starting anew. We need to have more from this series for sure. 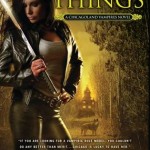