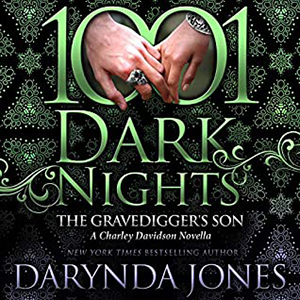 The job should have been easy.

Get in. Assess the situation. Get out. But for veteran tracker Quentin Rutherford, things get sticky when the girl he’s loved since puberty shows up, conducting her own investigation into the strange occurrences of the small, New Mexico town. He knew it would be a risk coming back to the area, but he had no idea Amber Kowalski had become a bona fide PI, investigating things that go bump in the night. He shouldn’t be surprised, however. She can see the dead as clearly as he can. The real question is, can she see through him?

But is anything that’s worth it ever easy?

To say Amber is shocked to see her childhood crush would be the understatement of her fragile second life. One look at him tells her everything she needs to know. He’s changed. So drastically she barely recognises him. He is savage now, a hardened - in all the right places - demon hunter, and she is simply the awkward, lovestruck girl he left behind.

But she doesn’t have time to dwell on the past. A supernatural entity has set up shop, and it’s up to them to stop it before it kills again.

While thousands of questions burn inside her, she has to put her concern over him, over what he’s become, aside for now. Because he’s about to learn one, undeniable fact: she’s changed, too.

Getting these glimpses into the Charley Davidson world keep me going. I know these are supposed to be able to be read as standalones, but you are still in that world so you will see touches from the past. Especially when this book is about two characters from the series all grown up.

A lot has happened since Amber and Quentin had their adolescent crushes. The split took the two in totally different directions and created characters far from what we knew. Although, who knew all along that Amber would be a PI, and of a special group of people because of her abilities? I think I knew before I even read the synopsis that she would have grown into that role. Quentin has taken a pretty rough road and it has changed him alot. However, it did not change how he feels about Amber.

There is an evil that is moving around the country and it has been narrowed down to one city where both Amber and Quentin end up called on. They have to get past their issues to be able to work together. Thankfully they address their issues in a way I loved. The job is dangerous but I just can’t help but be obsessed with the Amber/Quentin relationship. It puts such a nice bow on it for people who have finished the series and were curious about what happened with these two. I thought they were a cute couple when they were younger, but now they are older we add in some heat and t

Normally I don’t use Audible credits for novellas, but I love Lorelei King’s narration of this series so it was a no-brainer. I completely enjoyed both the story and the narration.