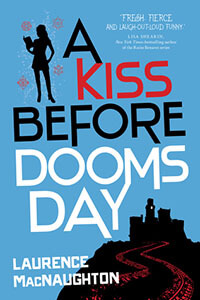 When sorcerers disappear off the streets of Denver, the only person to notice a pattern is Dru, proprietor of The Crystal Connection and newly-minted sorceress. Monstrous creatures are attacking and dragging off anyone with magical powers. Signs point to forbidden necromancy in the hands of someone trying to fulfill the prophecy of the apocalypse scroll.

With the dead rising from the grave, Dru fears someone is picking up where the Harbingers left off half a century ago. Now more than ever, Dru needs half-demon Greyson and his infernal car, Hellbringer. Though Greyson is missing and presumed dead, Dru believes he’s alive—and trapped at the center of this evil.

Dru will need her friends—and her enemies—trusting in Rane’s strength, Opal’s wisdom, and her own crystal magic to infiltrate the mountainous fortress of a powerful sorcerer intent on bringing about doomsday.

Because the moment the prophecy is fulfilled, legions of undead will rise to consume the souls of everyone on Earth…

A Kiss Before Doomsday is book two in the Dru Jasper series by Laurence MacNaughton. We begin right where we left off in It Happened One Doomsday.

Dru believes Greyson to be dead until a crystal she knows she gave to him is dropped through her store’s mail slot. Now she knows he must have survived. In her search to find him, some really freaky monsters are coming to town. These creatures from the grave are multiplying fast, and they are pretty hard to kill.

In the midst of Dru’s search for Greyson, an old acquaintance shows up at the store. He has undergone a miraculous change and is no longer the boy Dru tried to help when they were younger. It was pretty obvious he is interested in Dru. When he was introduced I was scared we were going to go to love triangle trope, but we didn’t go there. Dru’s main focus is Greyson.

Dru, Rane and Opal don’t have much time before the seal is broken and all the dead come to life. Dru pulls together her magic to do some tracking spells to try and find him. She was worried they wouldn’t work as she found that she was more powerful when drawing strength from Greyson. Luckily this spell puts them on the path to finding him and possibly keep the fifth seal from being broken.

A Kiss Before Doomsday gave you some fun side characters and quite the adventure. Dru finds some of her new strengths while Opal and Rane are along to keep Dru out of trouble. The outcome of the book is serious, but I never felt the adrenaline when the girls find themselves in bad situations. It wasn’t until the end, really, where everything fell into place and the race was on. That was where I finally got sucked in. Their plan runs a little off track and Dru finds herself caught. It’s the typical bad guy who goes on and on about what he’s doing and why.

A Kiss Before Doomsday started out a bit slow for me, but gained steam at the end which kept me reading later than I probably should have been. I really adored the ending as we got more than one HEA. The characters and their personalities brought some humor to the story. This started out slow for me, but in the end left me satisfied and I closed the book with a smile. 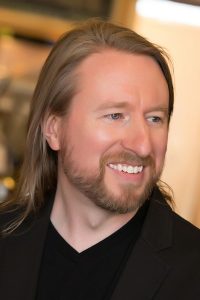 I grew up in a creaky old colonial house in Connecticut that I was pretty sure was haunted. As a kid, I was a choirboy in a church that was built in 1754. I also pounded out stories on a black manual typewriter until I sold my first magazine article at age 19. Over the years, I’ve been a bookseller, typesetter, printer, copywriter and (somewhat randomly) a prototype vehicle test driver. When I’m not writing, I bike and hike the Colorado Rockies, explore ghost towns and wrench on old cars. But the whole time, I’m usually thinking about the book I’m going to write next.