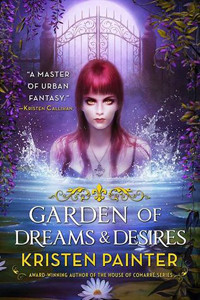 Tourists are disappearing at an alarming rate. While Augustine and his lieutenants attempt to find them, Harlow and the evil spirit possessing her remain Augustine's true focus. Freeing her from the spirit's grasp is all he can think about, especially with no real solution on the horizon.

Then he discovers the tourists are disappearing because the witches are stealing souls to cast a dangerous chaos spell. Before he can stop them, Harlow becomes their victim. Now he must race the clock to set her free and end the witches' machinations before the chaos spell strips every fae in New Orleans of their power and bring fae rule to an end.

We pick right up where City of Eternal Night ends with Harlow’s ridiculous decision. This character has gone from years of denying her heritage to embracing it with both hands. Now we need to deal with her consequences. Augustine is determined to fix the position Harlow has gotten herself in.

I kind of feel like Augustine is taking advantage of his position a little bit. He was pushed into this position to protect the city and now he is totally running things the way he wants. I don’t understand what he was so against this position in the first place. So, Augustine is spending all this time and resources trying to find a way to fix Harlow while the witches are silently putting their plans into place.

I knew the witches were going to start making a power play, especially Giselle. Finding out about the lightning tree has just upped her plans. Now mistakes are being made and her plans are starting to get some attention.

Garden of Dreams and Desires was a whirlwind of different threads. Some that obviously tied together and then others I wasn’t really sure where they were going. This definitely could have been broken down into at least another book. There seems like a lot more we could wrap up. However, I still felt some adrenaline rushes and anxiety over the characters during some of their harrowing situations.

This book is the end of the Crescent City series and left me feeling a bit unsatisfied. There definitely could have been more meat to it. However, I wasn’t invested enough in the side characters to be truly annoyed by how things were wrapped up and ended.

Overall, Garden of Dreams and Desires was a good read, and I’m happy I got my HEA. 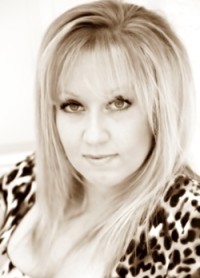 From the author’s website:
A little about me: I’m a former college English teacher, but I’ve held a crazy mix of other jobs including maitre’d for Wolfgang Puck, personal trainer, and sales for Christian Dior Bijoux. On the writing side of things, I’m a two-time Golden Heart finalist and have been on the board of three different RWA chapters. What can I say? I like getting involved. I’m not adverse to bossing people around either.

I have a *slight* shoe addiction and occasionally indulge in an unnecessary handbag. Hah! That was a joke. There is no such thing as an unnecessary handbag. I love make up and jewelry and spa days. Yes, I’m a girly girl. But don’t think that makes me weak. I can (and do) kill off characters with the best of them. Speaking of which…

My forays into writing have been as varied as the jobs I’ve held. I’ve written poetry, articles for magazines, short stories, paranormal romances (that include fantasy, contemporary and steampunk genres) and now I’ve found a home with urban fantasy. I love worldbuilding and few genres give you the kind of license urban fantasy does.

I’m also the co-founder of the award-winning writer’s site Romancedivas.com.

I live in FL with my retired Air Force husband and a horde of feline dependents. I’m represented by The Knight Agency.