Who were your favorite authors from childhood?

I feel so old when I get asked this question. My memory fails. This 42 year old mind isn’t capable of withholding that information after every book I’ve read. I’m going to try to put together a small list though. 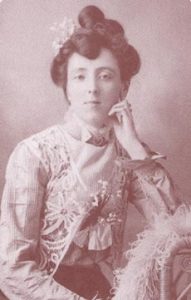 Lucy Maud Montgomery was a Canadian author, best known for a series of novels beginning with Anne of Green Gables, published in 1908.

The author of the famous Canadian novel Anne of Green Gables, Lucy Maud Montgomery, was born at Clifton, Prince Edward Island, Nov. 30, 1874. She came to live at Leaskdale, north of Uxbridge Ontario, in 1911 after her wedding with Rev. Ewen Macdonald on July 11, 1911 in Prince Edward Island. Her three children were born at Leaskdale, and she wrote close to a dozen books while she was living in the Leaskdale Manse before the Macdonald family moved to Norval, Ontario in 1926.

Maud died in Toronto April 24, 1942 and was buried at Cavendish, Prince Edward Island.

Little House on the Prairie 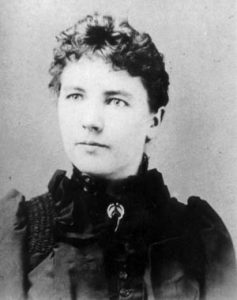 Laura Ingalls Wilder wrote a series of historical fiction books for children based on her childhood growing up in a pioneer family. She also wrote a regular newspaper column and kept a diary as an adult moving from South Dakota to Missouri, the latter of which has been published as a book.


Nancy Drew
Carolyn Keene is a writer pen name that was used by many different people- both men and women- over the years. The company that was the creator of the Nancy Drew series, the Stratemeyer Syndicate, hired a variety of writers. For Nancy Drew, the writers used the pseudonym Carolyn Keene to assure anonymity of the creator.

Edna and Harriet Stratemeyer inherited the company from their father Edward Stratemeyer. Edna contributed 10 plot outlines before passing the reins to her sister. While Harriet is often credited as Carolyn Keene, several other authors assumed the pseudonym of Caroyn Keene. Starting in 1953, Harriet authored 24 volumes. In 1959, Harriet, along with several writers, began a 25-year project to revise the earlier Carolyn Keene novels. The Nancy Drew books were condensed, racial stereotypes were removed, and the language was updated. In a few cases, outdated plots were completely rewritten. 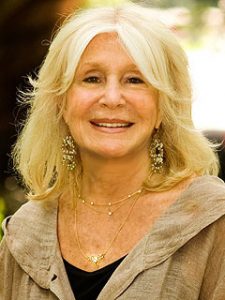 Francine Pascal (May 13, 1938— ) is an American author best known for creating the Sweet Valley series of novels. In 1982 she created the characters and the stories for the first six books and her agent, Amy Berkower of Writers House sold them to Bantam Books. Book number one is mostly written by Ms. Pascal. From then on she wrote the stories for every book ever published in the series. After the first book ghostwriters were hired and edited by Dan Weiss’ packaging company.

She now divides her time between homes in New York and the south of France.

Those are just a couple. After my stint with all the Sweet Valley High books, I think I turned to the Harlequin books mom had laying around. Oh, and we can’t forget true crime. I laid awake so many nights envisioning Ted Bundy. *shivers*

Let me know who you started off with on your reading career?

Tell Me Something Tuesday ~ Midyear Update 2018

Tell Me Something Tuesday ~ Writing Reviews

Tell Me Something Tuesday ~ Anticipated Paranormal or Scary Books

Tell Me Something Tuesday ~ Your Unpopular Book Opinion

Tell Me Something Tuesday ~ Favorite Blogs