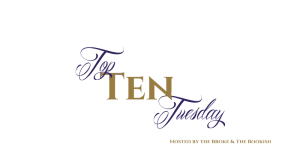 So I pulled a report from Goodreads for this one. Since I read a lot of series, and some of them are really long, just guessing would not be scientific enough for me! Here are the authors who appeared as the top 10 in my little query:

The winner with 35 books:

Coming up in third with 26 books:

Kelley Armstrong has been telling stories since before she could write. Her earliest written efforts were disastrous. If asked for a story about girls and dolls, hers would invariably feature undead girls and evil dolls, much to her teachers' dismay. All efforts to make her produce "normal" stories failed.

Today, she continues to spin tales of ghosts and demons and werewolves, while safely locked away in her basement writing dungeon. She's the author of the NYT-bestselling "Women of the Otherworld" paranormal suspense series and "Darkest Powers" young adult urban fantasy trilogy, as well as the Nadia Stafford crime series. Armstrong lives in southwestern Ontario with her husband, kids and far too many pets.

And our 10th most read author with 16 books:

Eighth, ninth and tenth are all really a tie. I don’t know why Excel put them in that order, but there you go. Some of these I’m kind of surprised at, but I guess Goodreads counts novellas as well. Some of these authors I’m trying to figure out how I managed to get so many, as I thought their series were shorter than that, but then there are others I know I’m missing books on and should probably be higher up the list.

So this is my top ten list of most read authors. Who is at the top of your list?