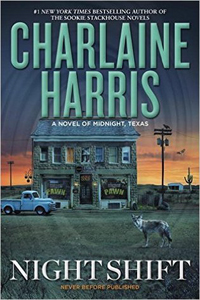 And now they must come together to stop the bloodshed in the heart of Midnight. For if all hell breaks loose—which just might happen—it will put the secretive town on the map, where no one wants it to be…

Charlaine Harris is drawing us into this little town of Midnight, Texas with some really interesting characters. I’m really curious to see them again as not everything about each person has been revealed. The main characters from the first two books still have little secrets I’m dying to uncover. Who knows what is going to happen in this town and what new things will be revealed!