Posted February 4, 2015 by Tanya in Waiting on Wednesday / 1 Comment 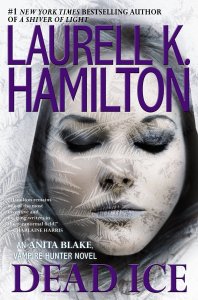 Anita Blake has the highest kill count of any vampire executioner in the country. She’s a U.S. Marshal who can raise zombies with the best of them. But ever since she and master vampire Jean-Claude went public with their engagement, all she is to anyone and everyone is Jean-Claude’s fiancée.

It’s wreaking havoc with her reputation as a hard ass—to some extent. Luckily, in professional circles, she’s still the go-to expert for zombie issues. And right now, the FBI is having one hell of a zombie issue.

It’s the sort of case that can leave a mark on a person. And Anita’s own soul may not survive unscathed . . .

I am so behind! I need to get caught up before this releases. I only have Affliction to read, but that was released, what, like 2 years ago? Definitely not like me! This is the year to get caught up on series. Dead Ice releases on June 2, 2015. Isn’t this cover awesome?!

Waiting On Wednesday with Excerpt ~ The Beyond by Chloe Neill 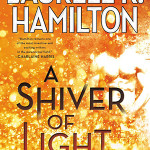 Waiting On Wednesday ~ Shiver of Light by Laurell K Hamilton