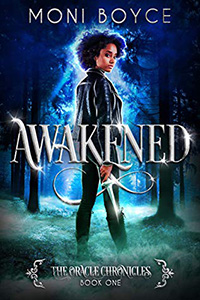 Willow Stevens dreams of stardom are eclipsed by the real nightmares of a sinister man haunting her dreams. Unbeknownst to her, Eli Walker, her hot but snobbish co-worker, may know the reason nightmares plague her, but their history shows he is more prone to reject her, than help her.

Then Willow passes out at work only to wake in Eli’s apartment. There she has her chance to learn more about her heritage. But, knowing why the vampire king stalks her doesn’t make the nightmares disappear. If anything, they become more real as she now faces off against a slew of creatures she’d always believed were myth.

That Eli is one of those creatures is just her luck. Secret witch guild or not, his natural ways are casting spells her heart can’t escape. As a Protector his only focus should be her safety. Anything else is forbidden. He plans to stay on task, but some women break a man, or tempt him to break the rules.

Can Eli keep Willow alive and safe from the vampires long enough for her to grow her own powers or will both cast aside rules for a reckless passion that will only lead to danger?

AWAKENED is the first installment in The Oracle Chronicles series. This interracial, paranormal romance is a great mix of magic and adventure.

**This book is part of a series and ends in a cliffhanger.**

“Hey” Willow whispered when she sat in the passenger seat.

He gave her a quick look, before he returned his attention to the road. “I thought everyone was asleep.”
“I was… I just woke up and saw there was no one keeping you company.” She yawned and stretched her limbs like a graceful cat. “Where are we heading?”

“Is it because of what happened?”

He was silent for a beat. “Yeah… it’s not safe to communicate in the usual way right now.”

She stared out the windshield with a vacant look on her face.

“What are you thinking about?”

“That you still haven’t shown me any magic.” She smiled an impish grin.

He chuckled. “What are you talking about? I disappeared and reappeared behind you the day we started your combat training.”

“That doesn’t count. Today, I saw Phaedra snap someone’s neck using her magic and Mathilda shot a fireball from her hand. You gotta do better than disappearing.” She snorted and then giggled as she tucked one leg beneath her.

“Aren’t you hard to please?” He teased her.

“You have to wow me.” She stuck her tongue out at him playfully and relaxed into the seat.

The quiet enveloped them. It was nice. For once he didn’t shy away from being alone with her. After a few minutes, she turned on the radio. She adjusted the volume level so it wouldn’t disturb the others. The Cure’s ‘Lovesong’ began to play. The lyrics washed over him and halfway through the song he realized how true they felt.

He couldn’t go down that road. It only led to trouble. Without asking he leaned over and turned the station. Glam metal poured from the speakers. He adjusted the volume.

“They’re cool… it’s just ballads make me sleepy. Since I’m driving that might not be the best thing… Plus, the driver always gets dibs on song selection.” He smirked.

“I thought it was the person riding shotgun that got control of the playlist?”

The one-word response cracked her up, and she doubled over in laughter. Her giggle was infectious and seconds later he was laughing too. She recovered after a few minutes.

“How about we take turns picking the music? You pick a song, then I pick one, that way we both get what we want.”

He considered her request. “Deal.” 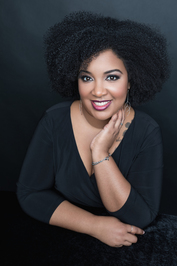 Moni Boyce is a writer, filmmaker, travel blogger and author of contemporary and paranormal romance. She spent the last fifteen years working in the film industry and now creates characters of her own and brings them to life on the page. Moni has ghostwritten romance novellas and novels for over a year now and decided to put some of her own creations out in the world. She considers herself a bookworm, film buff, foodie, music lover and an avid world traveler having visited 33 countries, 5 continents and 27 US states so far. She runs a travel blog titled She Wanders the Globe and lives a bit of a nomadic life, but considers Los Angeles home. Which is the subject of her first travel book: Greater Than A Tourist - Los Angeles, California: 50 Travel Tips From A Local.

Preorder Spotlight and Giveaway ~ The Hotter You Burn by Gena Showalter