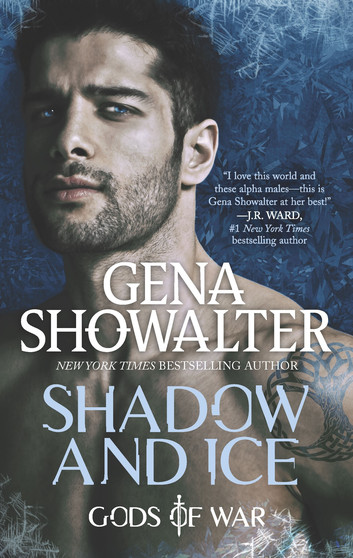 Gena Showalter, the New York Times bestselling author who brought you the Lords of the Underworld, introduces a scorching new paranormal romance series… Gods of War. 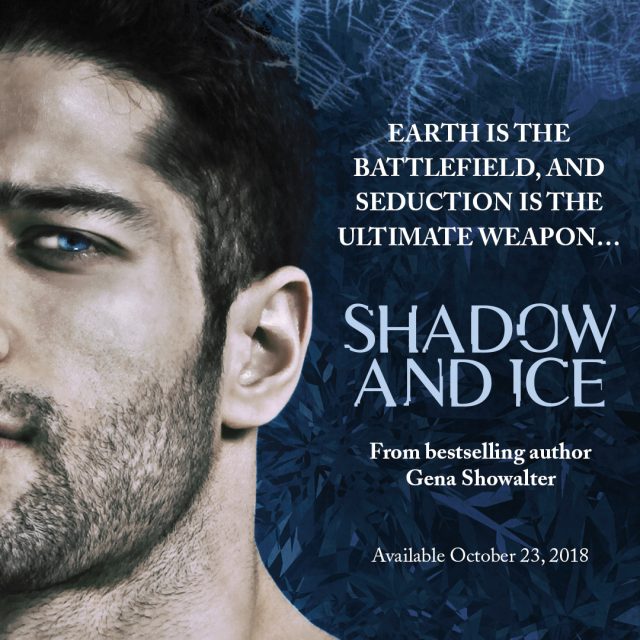 “I love this world…this is Gena Showalter at her best!”—J.R. Ward, #1 New York Times bestselling author

She’d put her life on hold for years, working var­ious jobs while going to school full-time. Just when she’d completed a business degree from the University of Oklahoma—Go Sooners!—with zero student debt, she was going to kick the bucket? No! Completely un­acceptable.

“I’m sorry,” she said, guilt getting the better of her. Despite a top of the line face mask, her nose and lungs burned when she inhaled. When she exhaled, her gog­gles fogged.

“Don’t you dare take the blame. It’s mine, and I never share. You know that.” Nola’s breath no longer misted the air. A bad sign. Very bad. “I was feeling so good, I kept bugging you to add more stops to our itinerary.”

Her sister suffered from fibromyalgia. On any given day, Nola’s overactive nerves could cause extreme fa­tigue, total body aches, and swell each of her joints. A cocktail of medication helped alleviate the symptoms, but couldn’t cure the disease.

“Sorry, sis, but the hike was my idea.” Apparently, relaxing wasn’t her thing. Any time she’d had a quiet moment, she’d considered the avalanche of responsi­bility headed her way, and panicked. Which made zero sense. She’d dreamed of opening the donut shop for years. And yes, okay, her dreams revolved around No­la’s happiness rather than her own, but come on! Mak­ing Nola happy should make Vale happy. Still, in an effort to hide her panic, she’d made sure she had no quiet moments. “The blame is mine, and that’s final.”

“Fine. I’ll go halvsies with you.” Nola pretended to fluff her hair. “If we die, we die, but at least we look cute.”

“Dude. We do look cute.” They both wore a sleek coat, a downy jacket, thermals, fleece tights, a pair of goggles, a face mask, a hat and gloves. On their feet were multiple pairs of wool socks and hiking boots with ice cleats. “We could charm the flannel off a snow-biker gang.”

“Or a yeti with a Southern girl fetish. I bet we could win his heart no problem.”

“If he doesn’t want to eat our hearts first…battered and deep-fried, with melted butter on the side.” Her mouth watered. “I wonder what sautéed yeti tastes like.”

“If you start licking your chompers when you look at me… I won’t feel so guilty for debating whether your liver would pair better with a nice red or a six-pack of cheap beer.”

“You’ve seen my hangovers. Avoid my liver and go for the rump roast.” She gave her butt a little slap.

Nola chuckled, only to lapse into silence when a bit­ter wind nearly knocked them both off their feet. “D-distract me f-from the cold, and I’ll l-l-love you forever.” Her lips were tinted blue, her teeth chattering with more and more force.

“You already love me forever.” Just as Vale loved Nola, the greatest person in the world, living or dead, real or fake. Would move heaven and earth for her. “But I’m awesome, probably the awesomest, so I’ll take on this herculean task. Tell me your favorite part of the trip.”

“Only e-everything.” Nola shifted atop her bag, un­able to stifle a whimper of pain. Then she continued as

“Such trifling matters.” Helplessness pelted her in­sides with bullets. Rub some dirt on it and keep going. “We did everything on our BA lists.” BA—before adult­ing. Extending her index finger, she said, “We marveled over the northern lights.”

The chattering slowed, and Nola said, “We went on an overnight dog sled expedition that made me want to adopt a rescue pet as soon as I get home.”

“We ice sculpted. FYI, my blob was better than your blob.”

“Lastly, we hiked through the Arctic Circle.”

“Only one item remains unchecked.”

“Fall for a handsome local,” they said in unison.

Nola grinned and added, “I thought I had a connec­tion with our guide…until he left us to die and all. But even then, he was better than my most recent online dates. Would someone please explain why modern guys send strangers unsolicited pictures of their genitals?”

“Because of course we women are catapulted into a foaming-at-the-mouth sexual frenzy the instant we catch sight of some rando’s man-junk. Duh.”

“They are so proud of their peens, aren’t they? Mean­while I’m over here like, congrats on your average-size erection, dude, it’s maybe not quite as hideous as ev­eryone else’s.”

“Oh, no. No buts.” Her sis was a hopeless romantic. A hopeless optimistic as well. Nola believed everyone deserved a second, third and fourth chance—which was why she wrote such an excellent How To column. How to intrigue your crush blah, blah. Vale, however, was a realist. 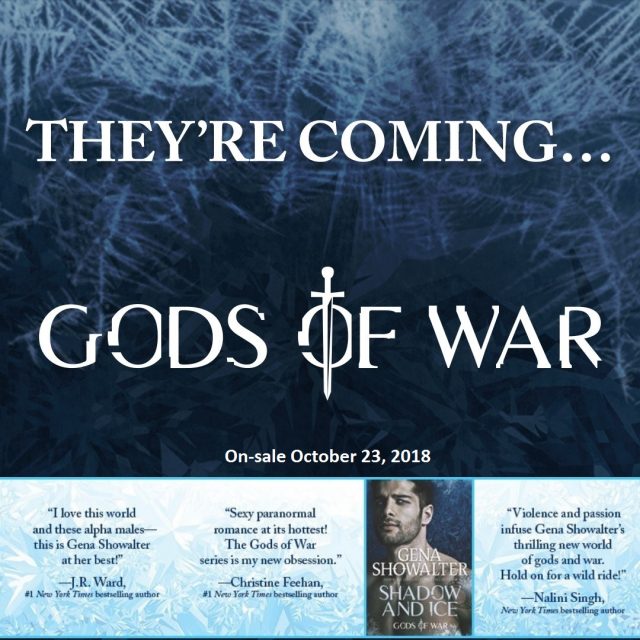