Posted September 5, 2018 by Tanya in Waiting on Wednesday / 0 Comments 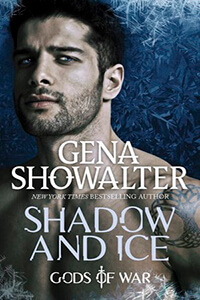 I am a huge fan of Gena Showalter’s writing. This whole new original world she is bringing us has me so excited! I can’t wait to meet the characters and get a feel of the world. I’m nervous that this may be completely different than anything I’ve read of hers before, but also ready for something new.

Shadow and Ice is the first of the Gods of War series and releases October 23, 2018. Don’t miss this first installment of a whole new world of paranormal romance!