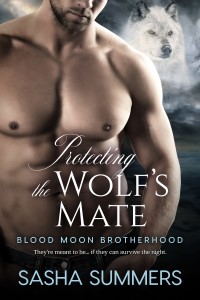 
Blurb:
Ellen has one goal: vengeance. With little memory of her life before her imprisonment by a maniacal werewolf, her world has been full of pain, humiliation, and fear. But now that she’s been rescued, her need for revenge is challenged by the urge to be part of a pack… and the unshakable connection to, Hollis, the man her wolf claims as their mate.

Hollis will do whatever it takes to protect his pack, and that includes looking after Ellen, who doesn’t need or want his help. He’s determined to keep her safe, even though she’s hell-bent on revenge, even if that means sacrificing himself. And it might come to that when the big bad comes back for the one woman he can’t live without.

“I asked if you were done with your glass?” She was the picture of innocence—minus the flare of hunger in her eyes. And the far too satisfied smile on her lips.

He couldn’t look away from her lips. He stepped forward to put his glass on the countertop, but she wedged herself between him and the counter. He could step back, give her space. Give him space. But she was testing him. If she thought he was going to back down, she was wrong. He gripped the marble counter on either side of her, pinning her there—warm and soft against him. Big mistake. Every inch of him hardened with craving. “No. I’m not done with my glass,” he ground out the words.

“More water?” She reached behind her, the action pulling her tank top tight against the full swell of her breast. No bra. Only thin cotton. The tip jutted up, tight. For him.

“No,” he snapped. He didn’t want water and she knew it. There was no missing the throb of his erection pressed against her belly.

“No?” she repeated. “Then you don’t need your glass?” Her bravado slipped when her gaze fell to his mouth.

“Dammit.” He growled, his lips descending on hers before he could stop himself.

Her lips parted instantly beneath his, stealing his breath and making him sway into her. How she managed to shift onto the counter he didn’t know. Her legs wrapped around his waist and her fingers tangled in his hair, tugging fiercely. He wasn’t sure who was kissing who, but her tongue stroked his and he no longer cared.

This was all he wanted. 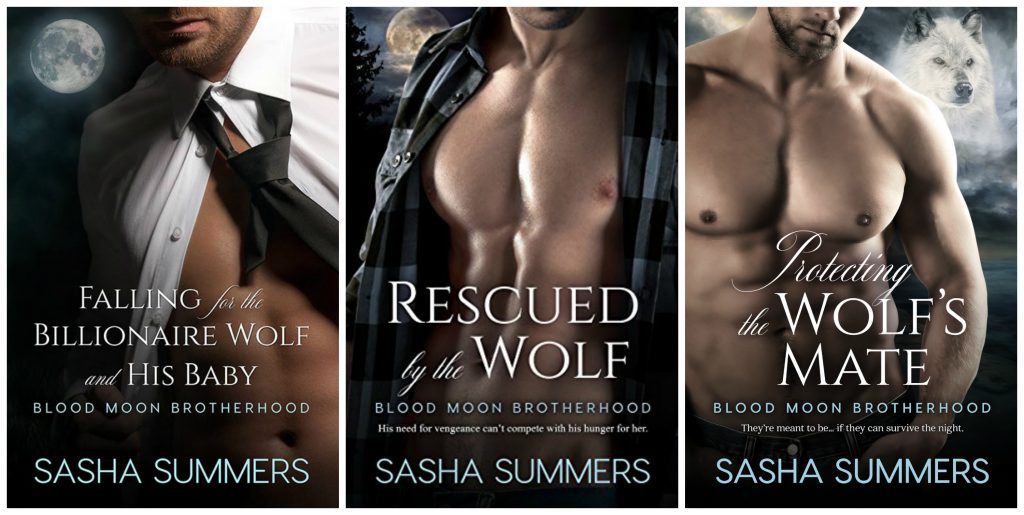 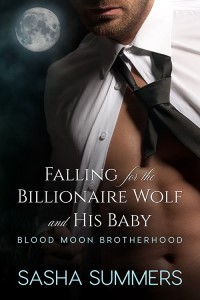 Falling for the Billionaire Wolf and His Baby
(Blood Moon Brotherhood Series, Bk #1)
When Jessa Talbot’s boss offered her a promotion, she agreed—no questions asked. Her family needed the money, but fighting the attraction she feels for her brooding employer is tough. Worse, she instantly bonds with his infant son she’s caring for. But this is a temporary solution and she can’t get attached to either of them.

Finnegan Dean is cursed. He’s a nicely dressed monster, the wolf inside always looking for a way out. But there are two things he and his wolf agree on. They must protect baby Oscar and Jessa—his mate. While the wolf hungers to seal their bond, Finn fights the instinct. After all, if he really cares for her, he’d never doom her to the life he lives. 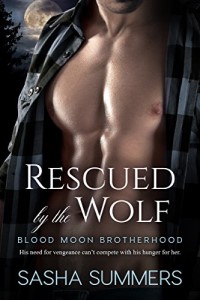 Rescued by The Wolf
(Blood Moon Brotherhood Series, Bk #2)
Mal wants one thing in life—vengeance against those that deserted him and those who tortured him. But rescuing a wounded woman from their captors, one that wreaks of innocence and fear, makes Mal put his plan on hold. Temporarily. He’ll do what he needs to keep her alive and safe, even if it changes both of their lives forever.

Being stabbed and held in a dark cell wasn’t on Olivia’s top ten list. Her savior isn’t exactly hero material. Angry, scarred, and pissed at the world, he seems to resent being saddled with her. But the longer they’re together, the more firmly a connection forms between them. A connection that binds her to him, his pack, and his world. But that connection may just lead to her death. 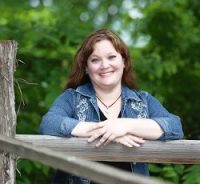 Sasha Summers grew up surrounded by books. Her passions have always been storytelling, romance, and travel. Whether it's an easy-on-the-eyes cowboy or a hero of truly mythic proportions, Sasha falls a little in love with each and every one of her heroes. She frequently gets lost with her characters in the worlds she creates; forgetting everyday tasks like laundry and dishes. Luckily, her four brilliant children and hero-inspiring hubby are super understanding and helpful.