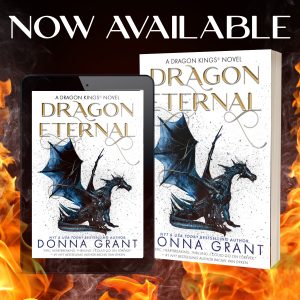 In the next installment of her captivating new Dragon Kings series, New York Times bestselling author Donna Grant connects an enigmatic and determined Dragon King and a courtesan sent to tempt him to his doom.

He’s a man of few words, but she fills his soul with poetry.

Quiet. Brooding. Capable. Shaw’s mission is simple: Root out Stonemore’s leader and determine what the Divine has in store for the people of Zora and the Kings. Just as he gets started, however, a breathtakingly beautiful woman finds and tempts him like no other. Nothing can stop him from engaging in the pleasures she offers. After all, pillow talk is sometimes the best way to uncover secrets.

Nia’s life has never been hers. From starving on the streets to becoming a slave to the Divine, she merely does what’s needed to survive. But when her latest assignment brings her face-to-face with a handsome man who makes her feel things she’s never experienced before, she begins to see that while she’s been living, she’s not really thriving.

As truths are revealed, and Nia’s blinders are removed, she realizes that she can no longer sit by and allow things to continue as they have been in her city. It’s time to take a stand. With Shaw by her side, they spark a war so many have tried to avoid. But the injustices being perpetrated must be stopped—no matter the cost. 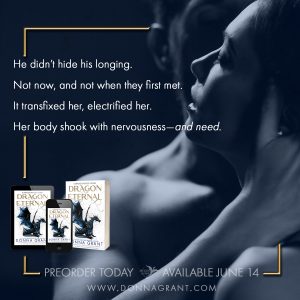 Shaw stood with his eyes closed on the cliff near Cairnkeep and listened to the dragons. The flaps of their wings, their roars as they called to one another, and the whoosh as they flew. He had missed the sounds the most.

He drew in a deep breath and slowly released it, enjoying the feel of the sun upon his face. The dragons’ peaceful noises calmed the rage inside him. Most of his Dragon King brethren pretended that fury didn’t exist. But it was there.

Until now. For the first time in ages, he felt as if things were back to normal.

They were far from it, actually. Yet, for this moment, he could pretend as if they were on Earth, that the dragons had never been sent away, and that they had never heard of humans.

Sadly, all of that was simply wishing. Because the mortals had come, there had been a war, and the dragons had been sent away. For so long, Shaw, like many Dragon Kings, had feared they would never find their dragons again.

He opened his eyes and looked at the mountains around him. Zora. A realm the Dragon Kings only recently discovered that had been the dragons’ home since that fateful day on Earth. Zora was a spectacular realm. Majestic mountains, breathtaking plains, stunning forests, and everything in between. Every vista was dazzling in its splendor. The sky was brighter, the oceans bluer, the grass greener.

Shaw felt whole once more. And it was all because he was with the dragons. 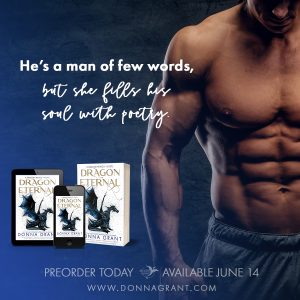