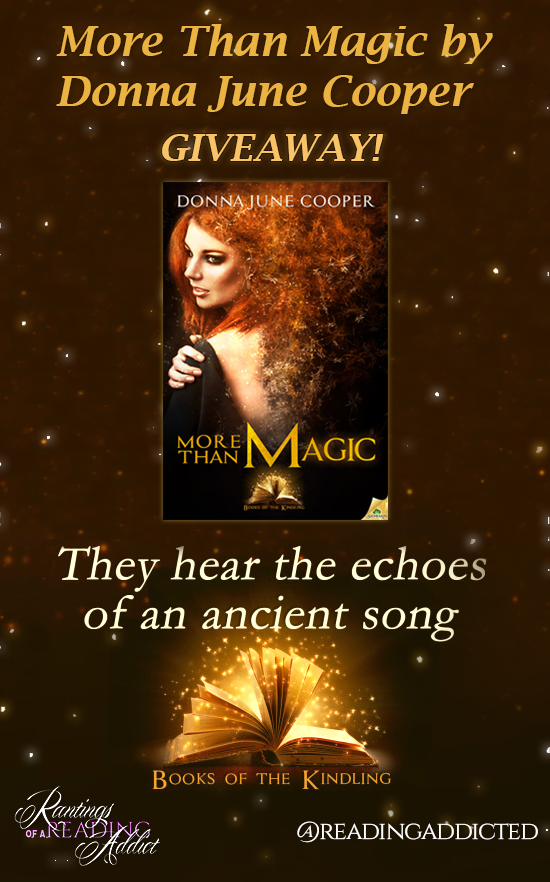 It’s the new year and I think it is the perfect time for a giveaway! I have a gorgeous signed paperback copy of More Than Magic by Donna June Cooper with some pretty cool and original swag.

More Than Magic is a really great read with original magic, thrilling action and of course a heart swelling romance. Plus it had such an awesome ending! Not only does the story make More Than Magic shelf-worthy, but the cover is absolutely stunning! 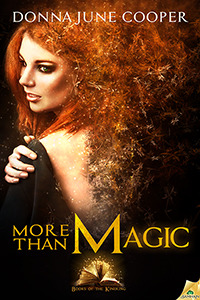 A malignant secret could turn her mountain sanctuary into their tomb.

DEA agent Nick McKenzie is sure magic exists – a dangerous drug called Smoky Mountain Magic that’s wreaking havoc on the streets of Atlanta. He’s also sure that locating and eliminating the source could mean his death.

When he arrives undercover on Woodruff Mountain, the beautiful owner’s anxious attempts to scare him off tell him something’s afoot, and it s not her secret patch of a rare, ancient species of ginseng.

As her dream of seeking medicinal plants in the Amazon fades into the distance, Grace Woodruff struggles to come to terms with an inherited magical gift she didn’t want, and searches desperately for the meaning behind her late grandfather’s final, cryptic message.

The last thing she needs underfoot is a handsome, enigmatic writer recovering from a recent illness. Until an accidental touch unleashes a stunning mystical force and Grace senses the wrath of a malicious blight at the heart of the mountain. Now she must choose between her need to hide her gift from the world and her desire to save Nick s life.

Warning: This book contains a fiery redhead whose magic cannot be contained and a handsome DEA agent whose final case might give him a second chance at life.

There are, of course terms and conditions to the giveaway. Please read them before entering so there will be no confusion later!

Signed Copy of More Than Magic by Donna June Cooper

I just know the winner will enjoy this prize! Good luck everyone! 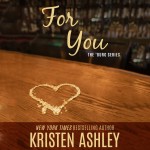