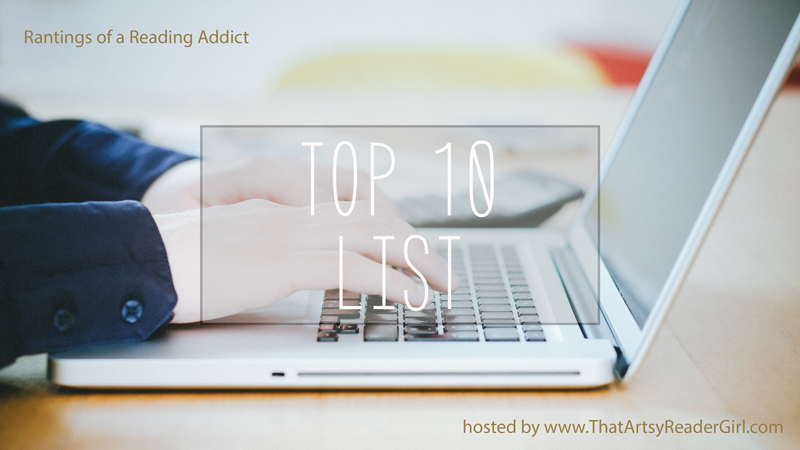 Top Ten Tuesday is a weekly list of 10 (or 2 or 5) of whatever this week’s prompt is from That Artsy Reader Girl.

The topic for today’s Top Ten Tuesday is Book Characters I’d Love To Be Besties With. I don’t know if I’ve got ten to talk about, but I’m sure I could come up with a few!

Kate Daniels pops into my mind right off the bat. She’s kick ass, has a sexy lion shifter as a husband and a great ally. Kate would have your back no matter what kind of trouble you got yourself into!

Raven from Dannika Dark’s Crossbreed series would be another pick. She’s kind of a loner, but she is so loyal. Raven also has some pretty cool abilities considering she is part vampire and part mage.

Regin the Radiant from Dreams of a Dark Warrior, book 11 in the Immortals After Dark series by Kresley Cole. She is absolutely hilarious!d Plus, she’s a kick ass character who can do some serious damage. She had a really rough time, but I just love the Valkries in this series!

Jessie Kay Dillon would be such a great BFF! She’s funny, loyal, kind and so energetic. Jessie Kay is one of the Dillon sisters from the Original Heartbreakers series by Gena Showalter.

This wouldn’t be a besties list without Mercy Thompson. Who wouldn’t want a friend that could turn into a coyote and has pretty much most of a city under her protection. Definitely want to be included in the friends list of someone like that!

Ok, seriously, this list was hard. I found myself thinking I would prefer to BE these women, not just be their friend. Even though I have singled these characters out as great friend material, I’d still want to be them!