Posted April 17, 2019 by Tanya in Excerpts, Waiting on Wednesday / 0 Comments 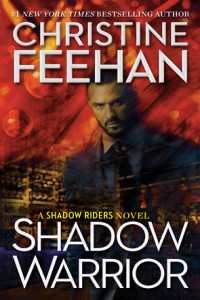 Vittorio Ferraro is a man whose family loyalty knows no bounds. He would die for his siblings and the people they love, but what he really wants is to start a family of his own. Deep down, Vittorio has always known finding a woman who could ride shadows would be nearly impossible—let alone one who could accept his particular needs—and he never expected to find her in the middle of a kidnapping.…

Grace Murphy has always been drawn to Vittorio Ferraro—or at least to the billionaire’s public bad-boy persona. Now that she’s under his protection and the sole focus of his intense caring, she can’t help wanting to get as close to him as possible. But Grace knows her presence is putting the entire Ferraro family in danger. Her monster of a brother will never let her go, but Vittorio has no intention of losing the woman whose shadow matches his own.

Finding a woman with the Ferraro’s special talents is very difficult. So when one is discovered, she is quickly taken in and protected. You could tell that Vittorio had envy for the connections his brothers were making so I’m so glad we are going to see him meet his match now! It’s difficult for the Ferraro family since they are so high profile. I’m anxious to see what Grace’s brother does to try and get through the Ferraro’s line of protection. It will also be interesting to see how the family solves the problem.

I love the talents that Christine Feehan has given these characters. They also have such tricky lives to try and maneuver, it’s like a game of chess to avoid detection. The series truly has me hooked. I’m in love with the whole family I think! Shadow Warrior releases June 4, 2019. Make sure to get it preordered so you don’t forget! It is going to be an amazing shadow ride! Now to get you even more excited, I have an excerpt to wet your reading appetite!

It was just her luck to be in the worst possible circumstances when she met the hottest man in the entire world. Grace Murphy wished the earth would just open up and swallow her, hospital bed and all. The Ferraro family certainly had a strong sense of responsibility when it came to someone getting shot in their parking lot. Even that was embarrassing, having her own foster brother try to sell her into prostitution to pay his gambling debts.

She was like everyone else, following the life of the Ferraros in magazines bought at the grocery store or flipped through at the beauty parlor. She’d always been drawn to Vittorio, finding herself reading every single thing about him. Now, here he was in person, sprawled out in a chair, more beautiful than the photographs could capture, as big as life. Bigger even, the reality of him taking up an enormous amount of space, his wide shoulders and long legs keeping her attention riveted on him.

She groaned aloud and covered her red face with one hand. He’d been there every single day. Right there. In that chair. Pacing around the room. Talking on his cell. It didn’t matter what he was doing, he saw to her every need. He noticed before she did that her pain level was rising, and he took care of it. He didn’t like the food they were serving her, and she was given catered, very nutritious meals for breakfast, lunch and dinner. She hadn’t been able to feed herself those first few days and he had been the one to sit on the edge of her bed and feed her.

The first week after she’d been shot and operated on, there’d been so much pain she could barely breathe, and she hadn’t been able to fully comprehend who he was. Mostly, she’d slept and thought she was dreaming. One of the nurses had referred to him as her fiancée and she had been confused. She’d started to correct her, but then looked beyond her to see Vittorio Ferraro hovering behind the woman.
Their eyes had locked. Had she known that eyes like his existed in real life? She’d been captivated. Spellbound. Unable to think. Those eyes had turned her brain to mush. Her heart had leapt to her throat. Grace had felt as if he was willing her not to speak, not to contradict what the nurse was saying—and she hadn’t. Then the morphine had kicked in and the pain had gone enough for her to drift off.

His voice. It was beautiful. Low. Soothing, yet at the same time, there was absolute command, as if he ruled the world and knew it. She’d heard that voice in the parking lot, stopping everyone, giving him the chance to act, to save her from the two men Haydon was selling her to for his debts.

Vittorio remained silent after just saying her name. She couldn’t help but look at him, that tone compelled her to raise her gaze to his no matter how reluctant she was. It took her a few moments to gather the courage to meet those eyes. Deep blue, like the deepest, clearest sea. She felt as if she were drowning when she looked into his eyes.
She touched her tongue to her lips—the lips he’d personally applied lip balm to—and lifted her lashes. At once she had the strange sensation of falling, of tumbling into those dark depths, and there was no saving herself. Her heart beat wildly and, in her veins, there was a rush of heat that spread through her body like a wildfire.

She had no idea how he could make her want to tell him the truth, no matter that she wanted to hide it from him. She didn’t want to admit that he was the problem, that he was that fantasy she went to bed with every night, and now he was there, larger than life, and way more than she could ever handle. She’d watched him at every charity event, sometimes nearly forgetting her job, which was to stay behind the scenes and make certain everything ran smoothly.

Again with the name. It sounded so different when he said it. She’d always thought her name plain. Old-fashioned. When Vittorio said it in that enthralling tone, she liked the way it sounded.

Oh wow, I can’t wait until release day! This book is going to be exciting! Don’t miss it! These books can pretty much stand on their own, but to understand the family’s talents and the other characters, I would recommend picking up the first three in this series.