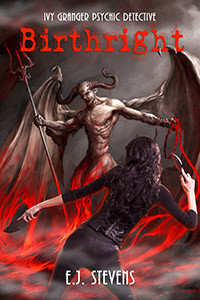 Unable to share her secret with Jinx, and with Jenna called away on Hunters’ Guild business, Ivy must rely on Ceff and Torn to lead her to Death’s door, literally, and back again. As if that wasn’t dangerous enough, there’s no saying what horrors lay in store within the Faerie realm. Too bad the Wisp Court is the one lead Ivy has in the search for her father—and possible salvation.

Ivy Granger is back at it! She pushes the limits and always try to do so much on her own to protect those around her. I still have a favorite demon, but it doesn’t sound like he’ll play too much of a part in this one. We’ll get to jump into Ivy’s adventure July 14th, 2015.

Waiting On Wednesday ~ The Angels’ Share by J.R. Ward