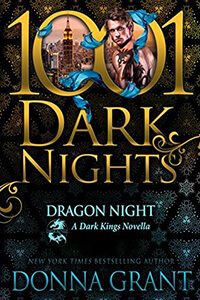 I love these novellas in the Dark Kings world. It helps since there are SO many Dragon Kings and they all have to get matched up somehow. I think all the women are going to play a major role in the war that is coming. I think Dorian’s story is going to be a romantic, insta-love story, but that is the fun in these novellas. Not much will happen to progress the overall Dark King’s story arc, but we’ll get one more Dragon King mated!

Release date is October 9, 2018, so hop on over to Amazon and preorder! These 1001 Dark Nights novellas by Evil Eye Concepts have gotten so popular!