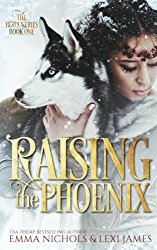 The Alpha is the leader of the pack, a revered position, one that can’t be inherited, only earned. For ten years my father groomed me to take over in the event something happened to him. I guess I never expected it to happen so soon. I thought I’d have more time. I thought I’d at least graduate from college first. Instead, life threw the Phoenix Pack a curveball. My father was murdered, and my mother died with him. Suddenly, I’m responsible for my twin sisters, and everyone else. I’m forced to make some tough decisions. And if everyone in the pack has their way, one of those decisions will involve finding my mate. They should’ve given me an easier task, like brokering world peace or curing cancer. After all, what male would ever volunteer for this, having a mate who’s also his Alpha, leaving his pack to join hers, and giving up everything he has ever known?

In the Venom and Vampires Box Set!
23 ebooks for 99 Pennies!
Amazon 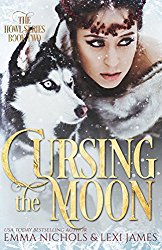 Savannah Silver has met her mate.

Her wolf has chosen, but the Alpha who can silence others with a look and command her pack with a word has been refused. While she waits for him to come to his senses, Savvy works to find her parents’ killers, rebuild the homestead and ensure Shelby’s future.

Quinn Holderman has met his match.

Being part wolf and part husky has always been a disadvantage. Becoming a rogue was his only hope for happiness. Then Quinn met Savvy. In his mind, his reasons for denying her made perfect sense. In reality, he has suffered every second they are apart.

He needed more time. She needed her mate. Together, they’re cursing the moon. 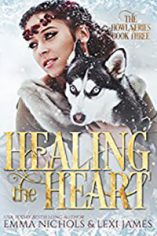 Quinn doesn’t have time. Instead, what he has is a looming deadline. The mating must take place by the full moon or not at all. He thought he had made up his mind. He thought he could live with his decision. Then Savvy disappeared.

Savvy is an all or nothing kind of girl. She needs a strong mate, a decisive mate, a loving and supportive mate. Unfortunately, Quinn refused to be that mate. Losing him was breaking her heart. Staying busy was her only coping mechanism. Ignoring her needs and focusing on the pack helped her find everything she ever needed.

Sometimes the threat of losing everything can change minds and hearts. Sometimes the promise of a better future and a determined mate can heal a heart in record time.

What made her decide to be a romance author?

How else was she going to parlay her two favorite past times into a career?

Emma is single and loving it. Like her first character, Alysin, Sin for short, she doesn’t believe in settling or in settling down. She loves to indulge in her passions whenever the mood strikes and enjoys keeping all of life’s cliche moments spicy.

Known for her sense of humor, Emma surrounds herself with friends whose antics often become the source of book fodder. Her ideal situation would be to explore the Caribbean while writing. She pursues that dream daily.

Or better still, join her newsletter and never miss a release, sale, or giveaway: http://eepurl.com/0SiQn 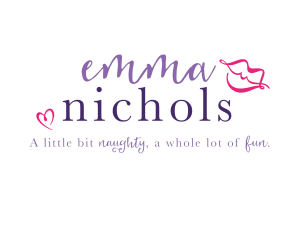