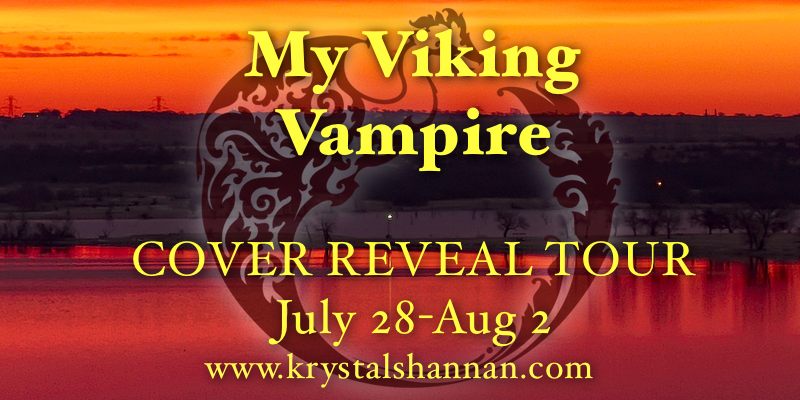 Ready for the unveiling of this little gem? Here we go! 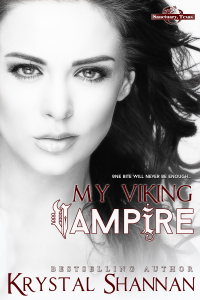 Bailey Ross’ world is crumbling around her. Her abusive ex, a human, is closing in on her again, and to make matters worse, a new enemy, a djinn, is stalking her. This supernatural being takes great pleasure in human pain, something Bailey has in excess thanks to her ex. If she’s caught by either, she’s as good as dead.

Backed into a corner and desperate to escape, she does something she swore wouldn’t ever be possible again –trusting a man. And he’s a vampire.

Protection via the sexy vampire Erick Thorson may prove to be a little more than she bargained for. Sparks fly between them and she finds herself agreeing to more than just protection. Though he has promised not to let anyone harm her, the small west Texas town is more than it seems and he may not be able to make good on his vow no matter how hard he tries.

Will Sanctuary be the home Bailey longs for or will she have to die to find out?

Click here to join us at My Viking Vampire Cover Reveal Facebook Party: Fun, games, and lots of prizes! 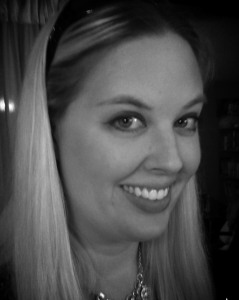 Krystal Shannan goes to sleep every night dreaming of mythical realms with werewolves, vampires, fae, and dragons. Occasional a fabulous, completely human story slips into the mix, but powers and abilities usually crop up without fail, twisting reality into whatever her mind can conceive.

She is guilty of indulging and being a Buffy the Vampire Slayer groupie as well as an Angel fan. For those of you unfamiliar with the world of Joss Whedon, you are missing out! She also makes sure to watch as many action and adventure movies as possible. The more exciting the better. Yippee-Ki-Yay….. If you don’t know the end of that phrase, then you probably don’t like the same movies.