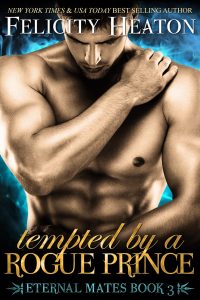 OH! Such a gorgeous cover! He is a hottie, but you can sense his pain. I love it!

Preorder links and the first chapter preview of Tempted By A Rogue Prince are available at the book’s page on Felicity Heaton’s website.

Tempted by a Rogue Prince is due for release in ebook and paperback on August 9th 2014 and will be available from all major online book retailers.

Join Felicity’s mailing list to receive a notification when Tempted by a Rogue Prince is released, PLUS a sneak preview of the first 6 chapters of the book and chances to win a signed copy: http://www.felicityheaton.co.uk/newsletter.php

Add the book to your Goodreads shelf! 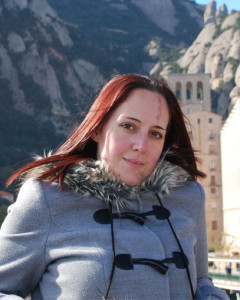 If you’re a fan of paranormal romance authors Lara Adrian, J R Ward, Sherrilyn Kenyon, Gena Showalter, Larissa Ione and Christine Feehan then you will enjoy her books too.

Cover Reveal ~ Awakened By A Demoness by Felicity Heaton

Cover Reveal & Giveaway ~ Of Flame And Fury by Cecy Robson