Today we are showing off the Vegas Mates series by Krystal Shannan. Who doesn’t want some hot shifters?! Let me introduce the books! 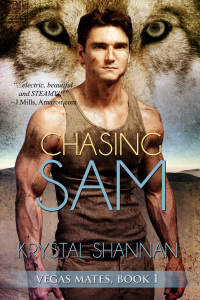 Samantha Demakis doesn’t want a mate right now. Her birth-rite and family obligations to her status as the first daughter of a noble family beg to differ. In fact, even her wolf seems to be against her. When a chance encounter reveals the man who might just be a perfect fit, will she run? Or will she fight?

Chase Michaels has been alone for seventy-five years. He’s fought in Vietnam, the Persian Gulf, and Afghanistan in the US Army. Somewhat resigned to never finding his true mate, he is shocked when his wolf reacts so strongly to a woman he runs into in the airport. Unprepared for the politics and snobbery of the noble families, Chase finds himself fighting in a different type of war —a war for the heart of a woman he knows should be his.

A lot of things are chasing Sam, but who or what will catch her in the end? 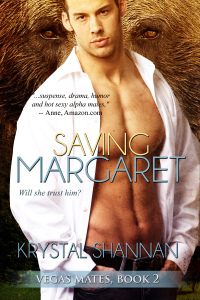 Successful, but lonely, Margaret Taylor finds her mate in the body of a man she least expects it in. A bear! Her human half tries to reason her way out of the match, but her wolf is through with her excuses. Crossing the species line isn’t unheard of, but it’s not often done.

Try as she might to avoid him, fate makes sure the big grizzly bear is nearby at all times. But, will his presence be enough to protect her from the evil stalking her?

The power of the magick between them can’t be avoided. But, Scott O’Hearn thinks the beautiful Taylor wolf is doing a fine job of just that —avoiding him. He can’t help he’s a bear shifter and he’s determined to convince her it doesn’t matter. She is his mate and he’s waited over a century to find her.

Will he convince Margaret she’s his true match before it’s too late? 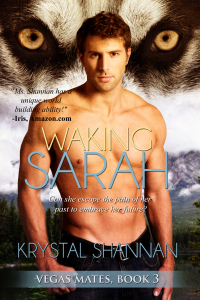 Heartbroken over the death of her fiancé and tortured by a voice in her mind that’s haunted her since childhood, Sarah McLain learns her true ancestry after attending her best friend Margaret’s wedding. Can the pack save Sarah from the darkness that threatens to overwhelm her? Or will the wolf inside drive her over the edge before they can show her being a supernatural being is a good thing?

Chris Michaels is in charge of training the new latent werewolves at the O’Hearn mountain inn, now known as Woodhaven. His focus is tested when he finds out the beautiful but sad redhead, Sarah McLain, is his trainee. The connection he feels to her is strong but not magickal, and his wolf claims it foolish to listen to his human instincts. Can Chris heal her broken heart in time, or will he lose the woman he knows is perfect for him. 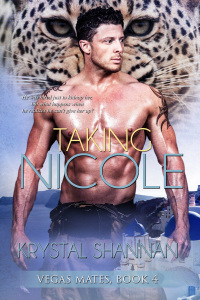 The last thing Nicole Demakis remembers was getting in the car with Sarah’s kidnapper and driving away. Now she faces the cold hard truth. The kidnapper, an agent of the Council, is her mate. But he refuses to claim her, and the Council may take everything away before she even has a chance to convince him to trust her.

Aaron Katsaros was ordered to deliver Nicole to her grandparents, the Antipas royal wolves. It should’ve been an easy task. Clean. No hiccups. But this infuriating woman, this wolf, his mate…is one hiccup after another and she’s arousing him to the point of pain. With his sister’s life hanging in the balance, he refuses to allow his passion to cost him the only family he has left.

Can he find a way to save his mate, or will he be forced to watch another claim the woman he loves?

We are giving away a necklace and Vegas Mates Swag pack for one lucky reader. Winners will be chosen from the Rafflecopter entries below. Contest runs until June 30, 2014 and is open to residents of the US who are 18 and older. 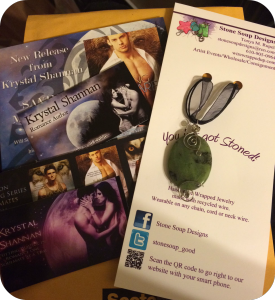 Check out the Author!

Krystal Shannan
Putting Magick in Romance One Soulmate at a Time