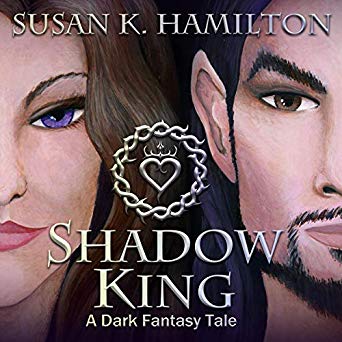 Ambition. Betrayal. Revenge. Centuries ago, the Faerie Realm was decimated by a vile and corrupt spell. To survive, the different faerie races--led by the Fae--escaped to the Human Realm where they've lived ever since.

As the Fae Patriarch of Boston's criminal underworld, Aohdan Collins enjoys his playboy lifestyle while he works from the shadows to expand his growing empire, until one night when he shares a shot of whiskey with the lovely Seireadan Moore...

A Fae Seer, Seireadan is haunted by a vision of the Fae responsible for destroying Faerie and murdering her family. Common sense tells her to stay away from Aohdan, but his magnetism and charm are irresistible.As their passionate affair intensifies, Seireadan is pulled into the center of the underworld. And while her heart is bound to Aohdan, she cannot let go of her lifelong quest to hunt down the Fae who haunts her visions... especially when she realizes Aohdan might be the key to helping her find him.But is revenge worth betraying the one she loves?

I’ve always been more of an Urban Fantasy or Paranormal Romance reader. It’s not very often I pick up a fantasy. I feel like there is a lot of world building that needs to be done in a fantasy and I find my attention drifts off.

Shadow King did not overload on the world building, which I was grateful for. The Fae have built little geographical empires under the Seelie Court. Aodhan’s group consists of a second and a group of captains. Aodhan is actively working on expanding his area when he meets Seireadan who is a Seer. His attraction to her gives some people the impression that Aodhan is a weak ruler. But there are also those that seek to destroy Aodhan.

Then we have Seireadan. She has her own set of problems. She is obsessed with finding the man she saw destroy her family. The relationship develops fairly quickly between Aodhan and Seireadan which is another reason his captains are so leery of her.

I was fine with the relationship until Aodhan goes a little far for my liking. He did get control of himself, but I think Seireadan forgives him much too easily. Once that incident is in the past, these two really seem to work well together and are a good team.

Shadow King does give you a lot of political drama and action. I found it really straddled the line between fantasy and urban fantasy. The world wasn’t too complicated at all. I did feel it dragged on a little, but that could also be because I did pause this book and listened to something else in the middle of it. I enjoyed the characters, especially the captains. This was an enjoyable read.

This was the first time I had listened to Matthew Ebel. I didn’t mind his narration. I felt like there were a lot of different accents thrown in. His female voices were also a little masculine. I would listen to him again though. 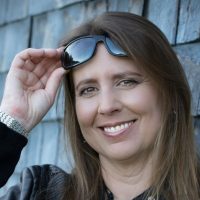 Susan K. Hamilton began her writing journey in earnest during her freshman year at the University of Massachusetts, when an assignment from her English professor prompted her to write her first manuscript — which went on to become her first novel, “Darkstar Rising” (Xlibris, 2003).

Her new novel, “Shadow King,” is releasing from Inkshares on 10/2/18. A dark urban fantasy, Shadow King was a Top 10 Finalist in the 2016 Launchpad Manuscript Competition

The following year she entered another manuscript, “The Devil You Don’t” into Launchpad 2017, landing on the Top 25 Finalists list. This novel will be published by Inkshares in 2019 (date TBD) under the name “The Devil Inside.”

Susan resides outside of Boston with her husband and cat, and is currently working on the follow up to “Shadow King.”