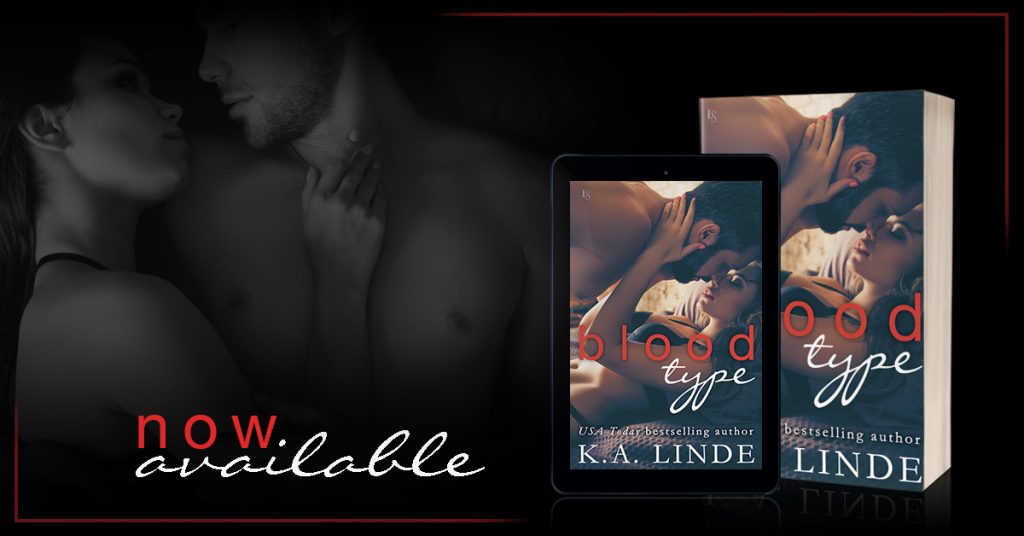 Blood Type introduces us to Reyna Carpenter. A young woman from the poor side of town who sees the only opportunity to help herself and her brothers is to go to work for a company that offers people with blood type matches to vampires. Reyna comes in at an opportune time. They are starting a new program where the blood escort is a permanent pair with the vampire instead of rotating out every few months. It is double the pay and Reyna can’t pass that up. She just happens to be a blood match to one of the higher executives of Visage.

Reyna is young and is not as aware of what goes on in the city. So when her new boss moves her into his penthouse, then leaves her on her own, Reyna starts finding her way around the city. Beckham is Reyna’s boss, but she is confused because he doesn’t seem to want to feed off of her, and that is what she is there for. He is so hot and cold he confuses Reyna. He acts like he wants her, but then treats her so distantly. Then I find I’m reading what is turning out to be a love triangle. The emotional ups and downs that come with a love triangle can be quite trying. 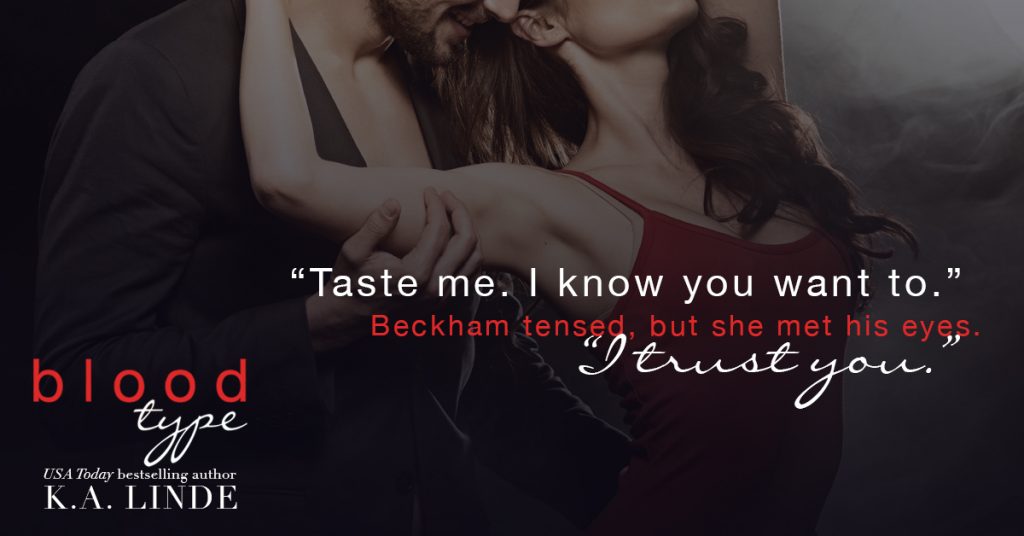 There is a lot of back and forth throughout the book. We take one step forward and two steps back. Just when we think we are going to have Reyna and Becks get together or that they are going to make progress something goes wrong.

Thankfully the story does not completely revolve around the romance. There is the whole conspiracy Visage is planning and the danger they pose. There are plot twists that I didn’t see coming and the ending totally took me by surprise! It kind of ends with a cliff hanger. Also not one of my favorite things. However, I am VERY anxious to see what happens in this world and with Reyna and Beckham. Just when things seem complicated, they become even MORE complicated!

Blood Type’s world and challenges keep you reading wanting to know more. Especially when you get hit with one of the many surprises. It was an enjoyable read and can’t wait for Blood Match for more!

That was the moment Beckham appeared in the doorway like a storm cloud.
Reyna straightened in her seat at the expression on his face. He walked across the room like a tightly coiled spring ready to explode.
“Ah Beckham, there you are,” Harrington said.
“Excuse me, William. I need to speak with Reyna. Alone.”
She hastened out of her seat and followed him around the corner. He tugged her straight through the kitchens, out the back door, down a corridor, and into a dead end. Then her back was slammed against the brick wall. His fist connected with the wall behind her, and she felt the wall shudder. Debris floated onto her shoulders.
“You left,” he growled.
“I . . .”
“No.” He pressed his finger to her lips roughly. She stopped breathing and just stared up into his eyes as dark as night. Her body trembled under the feral stare. “You left without me.”
The silence was weighted. All she could do was sit with their bodies nearly touching. His finger on her mouth. Her mind wandering to hellacious places.
“You are my subject. Can you imagine what it was like when I found you missing? When you turned up with three of my kind?” She shook her head minutely. He bared his teeth to her, and she shrank back. “These are meant to drink your blood. To drink you dry until there is nothing left of your body but a dry corpse. We are killers. We don’t hesitate. Just because we’re wearing suits and seem more like you . . . does not mean we are like you. We are not like you. They especially are not like you. The only way you get to the top of Visage is to be fucking ruthless, Reyna. Do you understand?”
“You’re . . . scaring me,” she whispered.
“Good.” 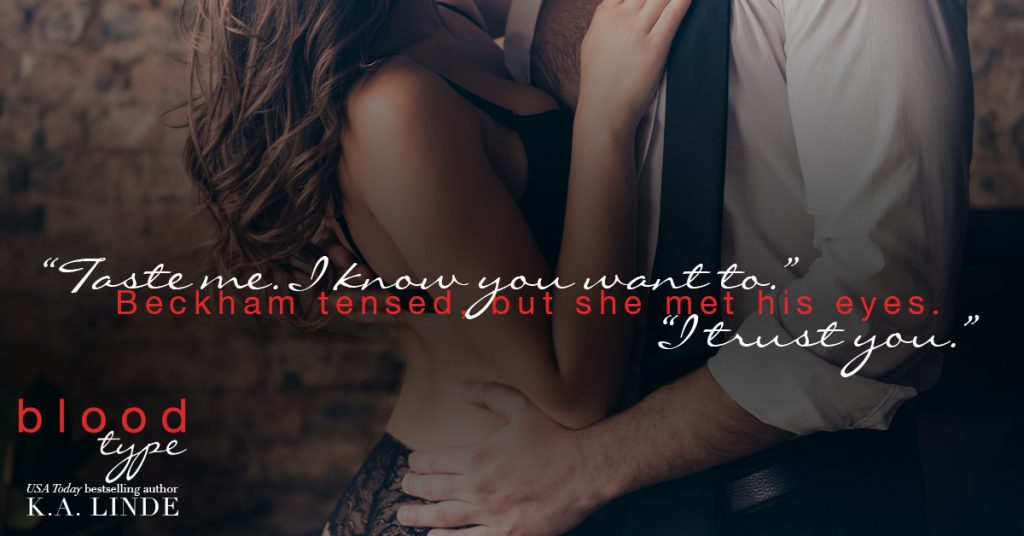