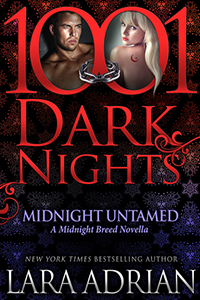 The mission was supposed to be simple. Infiltrate an enemy's stronghold outside Rome and eliminate its leader. For a Breed warrior as lethal as Ettore Selvaggio, AKA "Savage", stealth assassinations are only one of his many cold-hearted specialties. But the last thing Savage expects to find behind enemy lines—in his target's bed—is a woman he once adored.

It's been years since Savage last saw beautiful Arabella Genova. Years he's strived to banish to his past, along with the fierce desire he once felt toward Bella . . . and the irresistible calling of her blood that stirs in him even now, despite the fact that she belongs to another male.

But when fate throws Savage and Bella together again in a race for their lives, will his long-lost love prove to be the one woman he can't live without, or the perfect weapon to destroy him?

Midnight Untamed is a novella in the Midnight Breed world. Lara Adrian is able to pack so much into such a short amount of space. Despite only being a novella, you are left feeling complete and satisfied. Each novella features groups of the Order all over the world. The characters and stories normally do not have any impact on the overall arc of the Midnight Breed series, but are SO much fun to get an inkling of what the rest of the the Order is up to.

In Midnight Untamed we are in Rome. Savage is on the job and gets a huge surprise just as he is about to complete his mission. He totally abandons his post and orders to save the woman he thought he had lost before she becomes a casualty. Savage has never disobeyed orders before, but to get Arabella away from the situation she is in he doesn’t even hesitate. He doesn’t even know if she is there willingly!

We still have enemies to defeat and Savage DID leave the job without securing the success. Bella and Savage race to save Bella’s family and it always makes me wonder, where are the cops? If I were driving one of these expensive cars at top speed, I know I would get caught! But, it does add to the adrenaline and anticipation of the story. Do they have speed limits over there?

The romance in Midnight Untamed cannot truly be called “insta-love”. The characters have known each other for years, have always loved each other. Now that the truth of why they separated so many years ago is out in the open, they are free to get back to where they started. I honestly thought the reason the two separated was kind of weak. I mean, he didn’t even try, but he suffered with all the feelings of loss all these years?

However, their bonding had me almost in tears. So many of these stories have the alpha male doing the “Mine” thing during these hot rituals. Savage though, brought the word “love” into the situation, and that got me. 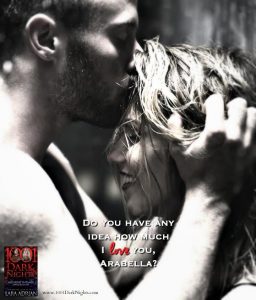 Another thing that I thought made Savage different was that he didn’t do the thing where the male alpha takes over the situation like the woman was weak. He trusts what he feels Bella sending down the mate bond and waits to act. I think Savage was more in touch with his feelings. He is an alpha male, don’t get me wrong, but he also is aware of what he feels. I really loved him. 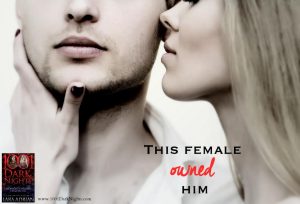 Midnight Untamed was a fast-paced, adrenaline filled ride. We are even left with a little hint of something, which I will be looking out for. Right now, let’s have a taste of how perfect Savage and Bella are!

Ettore seemed to feel the same awareness that she did. The heat radiating from him was palpable, his touch at the small of her back light, yet searing. She wanted to feel his hands on her everywhere, not just in comfort or reassurance, but in passion.

He cursed as his eyes met hers, his hazel irises dark but glittering with flecks of amber. “For God’s sake, don’t look at me like that, sweetheart. I’m hanging by a thread here.”

“I am too.” She couldn’t resist reaching up to him, letting her hands skim the firm muscles of his chest. “I’ve been hanging by a thread since you showed up at our vineyard with my brother all those years ago, Ettore.”

His heart was thundering. His pulse slammed against her palm, hammering like a drum. He searched her gaze for a long moment, his breath rolling in deep, panting gusts.

The curse that boiled out of him was sharp, hissed between his teeth and fangs. “I wasn’t expecting any of this. My first duty is to the Order. I have a mission to carry out. Until I’m certain I’ve completed it, I shouldn’t be thinking about anything else. Not even you. Hell, especially not you.”

“Of course. I understand.” She glanced away, weathering a sting she hadn’t seen coming. “Ettore, I didn’t mean to suggest—”

He took her hand and hauled her against him, silencing her with a kiss. When he drew back from her lips, his gaze had gone molten. “I have no right to be thinking about anything but my duty to the Order. That’s what I keep telling myself, Arabella. But then I look at you and none of those other things matter.”

She swallowed, watching the fire dance in his eyes. His pupils were narrowed to thin black slits, and his fangs surged even larger behind his parted lips. The sight of his transformation sped her pulse, while at her hip, the hard steel of his arousal sent a current of hot need licking through her senses and straight into her core.

“I walked away once,” he snarled. “God help us both, I don’t think I can ever do it again.” 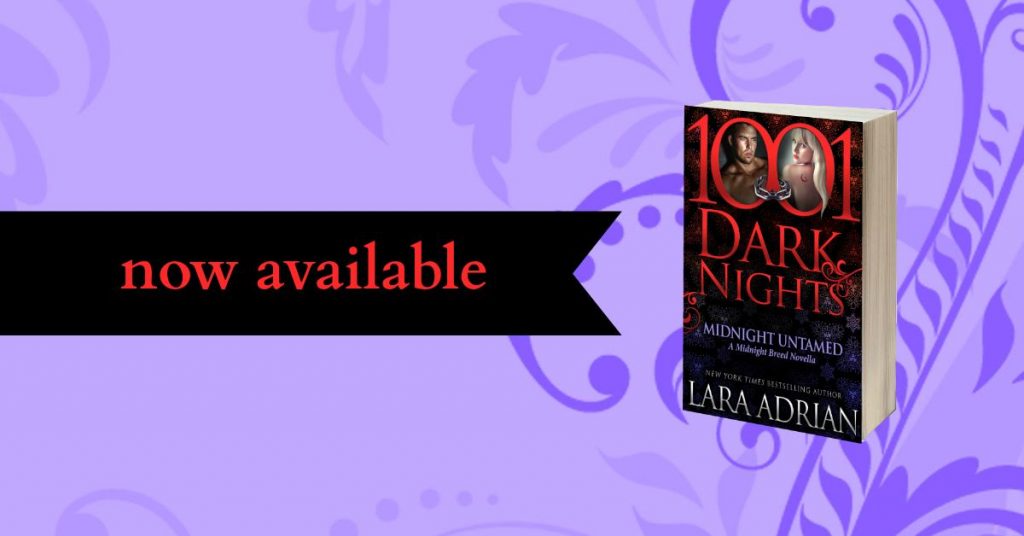