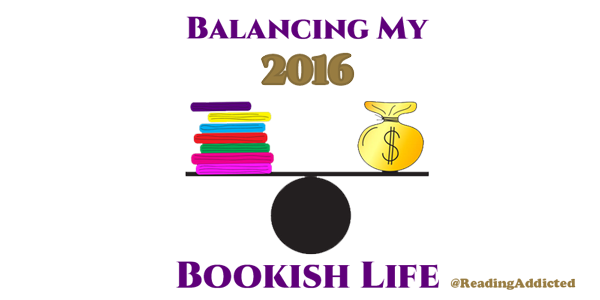 I think I did pretty darn well this month. My book haul was pretty large, but the amount out of my budget was fairly small. I think I made a decision on one of the conventions. I knew I was going to have to cut somewhere to make up for the over spending I’ve been doing on books, and I think missing one will help some. Despite having a great month in March, I still have some buckling down to do. I have a lot I need to read from my TBR in April, so I’m hoping that will be a good month too. So here are the figures.

Still have a bit there to go. The book column is pretty slim looking. Meaning I’m going to have to evaluate those conventions some more, or go leaner on the books. It being only the first of April and only having $225 left for books for the next nine months makes me break out in a sweat.

So let’s see what was brought in this month.

That was March for Rantings of a Reading Addict. With all the books in this book haul, hopefully I’ll be able to get some good reviews out soon. Make sure to watch for them! How was your month? Did you pick up some goodies?