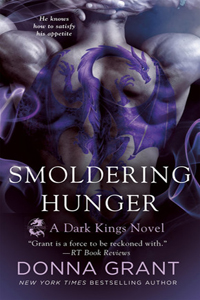 TEMPTING FATE
Darius is back. Edinburg thought it had seen the last of this seductive Dragon King, but that was before Darius found something worthwhile. He just can't stay away from the impossibly beautiful Dr. Sophie Martin-even though he knows that a passion this strong could prove detrimental...for them both.

CRAVING DESIRE
Sophie tried to forget her encounter with smoking-hot Darius to no avail. He's in her dreams, tempting her. But her association with Darius catches the attention of another, putting her
in mortal danger. . .and Darius, who has vowed to protect her, is her only hope. But can she trust the notorious dragon shapeshifter? The only thing she knows for sure is that she cannot resist him...

The end of Passion Ignites was really intense. All of the characters found themselves in pretty precarious positions. After all that went down, Edinburgh’s population of Dark Fae seem to have decreased dramatically. There are stragglers and Darius has stayed behind to see to those and protect the humans. There also seems to be another reason he doesn’t want to leave. All reason leaves him and he goes to Sophie with the intention of just getting her out of his head.

Unfortunately, their tryst has been burned into both of their heads. Darius stays away but he is very confused about the feelings he has for Sophie. He has had a previous life. It can’t be happening again. Darius puts himself through hell for weeks forbidding himself from going anywhere near Sophie, but then Ulrick gets involved. Why Ulrick now has an interest in Sophie is a cause for great concern. Darius has to let Sophie know she’s in danger, but he intends to keep his distance.

I think that lasted about a paragraph! Ulrick’s plans are so complex, he is keeping the Kings in constant turmoil. He has a civilized meeting with Con, but it neither confirms nor denies any of the King’s suspicions of Ulrick’s plans. Ulrick uses the Dark Fae as if they are his own personal guards. When they get involved with our main heroine, I get scared to death. Things work themselves up to a fevered pitch and Con & Ulrick get together again but in a less civilized manner. Things are getting close. This battle with Ulrick, Merrick & Con is coming very soon.

We also have all of our other side characters that we have grown to love. Rhi, who I think is everyone’s favorite, comes to some conclusions. Her actions kind of make me wonder what her intentions are, and who she is really aligned with. Then we have her watcher. We learn a little more about him. I’m interested to see if this watcher’s story is going to be included in the Dark Kings’ series or if he will have his book in Grant’s Reaper series. This situation could make a great split between the two.

In the end, Smoldering Hunger is another great installment of the Dark Kings series. The progression of war story line, the restrictions on the Kings, and the building of Darius and Sophie’s relationship all nicely put together. Let’s not forget our Rhi. Her portions of the book keep you wondering and maybe a little shocked! Everything is coming at a fevered pitch now and I’m getting really nervous on who is going to be left standing!