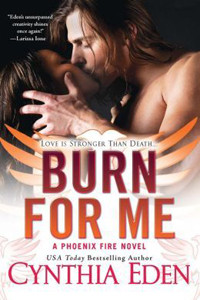 Eve Bradley was undercover looking for a story, not a cause. But something about the man they called Subject Thirteen got her involved. The scientists said he was a devil, and they had a decent case: Terrifying power. A bad attitude. And looks that could lead anyone to sin. . .

Cain O'Connor knows the minute he catches her candy scent that Eve could drive him wild ...

I have been wanting to read a Cynthia Eden paranormal for some time so I was excited to pick up this book.

The things this evil group were doing to the paranormals of the world was horrifying. To be locked up, poked, prodded and tortured would be someone’s worst nightmare. Especially for someone with the strength of Cain. Who they tortured to death and he just kept coming back for them to do it over and over.

Eve comes in undercover, knowing the facility is not what it seems and she believes she can prove it. Until she sees Cain and what they are doing to him. She is shocked but drawn to him, and he seems to respond to her. Their enemy sees that and tries to play upon it.

No matter what Cain and Even try, they can’t shake these monsters. Along the way, they also build on that connection they initially felt. Cain is not happy about that. You know the story, the guy thinks he’s the worst thing for her and that he’s actually going to hurt her in the end. Cain has that mindset, but he has a suspicion about Eve that might make that concern even more worrisome.

There were a lot of good action scenes in this book. The romance and sex scenes were few, but it could only be expected the way they were constantly on the run. Burn For Me takes you through a lot of emotions. Yes, even some really sad, cry-worthy times. The book held my attention mainly because of the pace of the action. The romantic times seemed to be more generic and I found I felt like skipping through them. There is quite the interesting twist at the end, that was really a big surprise. See if you can figure it out! 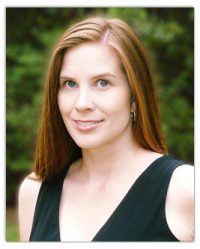 Cynthia is a southern girl who loves horror movies, chocolate, and happy endings. She has always wanted to write (don’t most authors say that?), and particularly enjoys creating stories about monsters-vampires, werewolves, and even the real-life monsters who populate her romantic suspense stories. 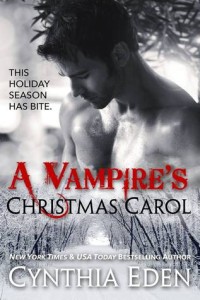