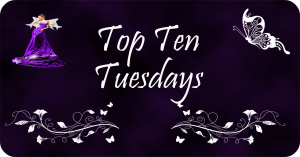 I found some really great authors this year. A lot of them have been on my TBR for a long time and I was finally able to get to them, and I am so glad I did! You can click the series names to view a list of my reviews in that series.

Larissa Ione has been on my TBR for so long now, for both her Demonica and Lords of Deliverance series. I have seen blog reviews and booktubers all over talking about her and now I’ve finally pulled her out of the pile. I was a little intimidated by the size of these two series (although Lords of Deliverance sort of spins off of Demonica. Together they stretch into a very long string of books. I’ve got it started though so YAY me!

Donna June Cooper has a great series called The Books of the Kindling. Her books are a nice break from the high violence of vamps and werewolves and center around a more realistic, magic based paranormal. 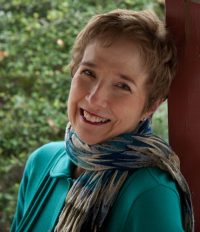 DONNA JUNE COOPER writes contemporary romance with a touch of magic. The Books of the Kindling revolve around the “old magic” hidden beneath Woodruff Mountain and the individuals who hear the echoes of its ancient song. The first and second books in the series, More Than Magic and Mostly Magic, are available now from Samhain Publishing. Making Magic, the third book, is coming soon!

When she's not being dragged down the sidewalk by her Jack Russell (if you know Jacks, you understand), Donna June Cooper is belly dancing (shiny!), reading (three books at once), writing (of course!) or complaining about the heat (no matter the temperature). A child of the Appalachians who was transplanted to Texas by her Italian husband, Donna returns to her mountain roots as often as possible, and takes us with her in the Books of the Kindling.

I read the first book in the Jade Calhoun series this year and that was a nice fun read. I think the rest of the series is going to pick up in intensity and I’ve added the second to my TBR. 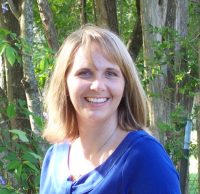 Deanna is a native Californian, transplanted to the slower paced lifestyle of southeastern Louisiana. When she isn't writing, she is often goofing off with her husband in New Orleans, playing with her two shih tzu dogs, making glass beads, or out hocking her wares at various bead shows across the country. For more information and updates on newest releases visit her blog at www.deannachase.com.

Diana Rowland. Holy shit I absolutely love her White Trash Zombie series. It is such a fun read, you just have to pick up her books. I’m anxious to try some of her other work.

I am so far behind on Felicity Heaton’s books. She has a lot of different series out there and I’ve only gotten started with the Eternal Mates. I have a big, long list of her books on my TBR. 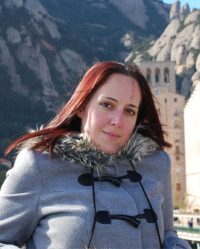 Felicity Heaton is a USA Today and international best-selling author writing passionate paranormal romance books. In her books she creates detailed worlds, twisting plots, mind-blowing action, intense emotion and heart-stopping romances with leading men that vary from dark deadly vampires to sexy shape-shifters and wicked werewolves, to sinful angels and hot demons! If you're a fan of paranormal romance authors Lara Adrian, J R Ward, Sherrilyn Kenyon, Gena Showalter and Christine Feehan then you will enjoy her books too.

E.J. Steven’s has a great series out that I’ve read this year featuring Ivy Granger. It’s a fun one featuring a lot of different classifications of fae, and seriously hot demon!

When E.J. isn't at her writing desk she enjoys dancing along seaside cliffs, singing in graveyards, and sleeping in faerie circles. She currently resides in a magical forest on the coast of Maine where she finds daily inspiration for her writing.

Robin D. Owens has a shit load of books out there, and I just skimmed the surface with her Ghost Seer series. They all have some really good ratings so I will need to get more on my TBR. 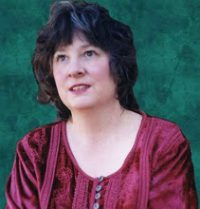 RITA® Award Winning novelist Robin D. Owens credits the telepathic cat with attitude in selling her first futuristic/fantasy romance, HeartMate, published in December 2001. Since then she has written thirteen books in the series, Heart Fortune the latest in August, 2011.

Her five book Luna series included average American women Summoned into another dimension to save a world. Her Mystic Circle series is a mixture of contemporary urban and romantic fantasy set in Denver.

And her newest stories, about an uptight accountant who sees Old West ghosts and helps them move on, will start with Ghost Seer in April of 2014. She is profoundly thankful to be recipient of the 2004 Rocky Mountain Fiction Writers’ Writer of the Year award as well as the 2011 Writer of the Year Award, the Colorado Romance Writers Lifetime Achievement Award and the 2010 Best Paranormal and Best of the Best Daphne Du Maurier Award…actually, after winning an award she tends to dance around bored cats.

I so want to get the rest of the Hard Ink series read, as well as give her paranormal a try. The first Hard Ink was awesome and I can’t wait to get caught up! 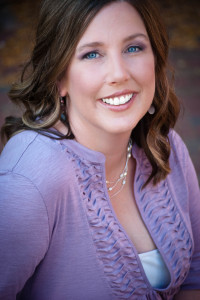 Laura Kaye is the New York Times and USA Today Bestselling author of contemporary and paranormal romance. Laura's hot, heartfelt stories are all about the universal desire for a place to belong. Laura grew up amidst family lore involving angels, ghosts, and evil-eye curses, cementing her life-long fascination with storytelling and the supernatural. Laura lives in Maryland with her husband, two daughters, and cute-but-bad dog, and appreciates her view of the Chesapeake Bay every day.

Once I got started on Molly Harper’s Naked Werewolf series, I gobbled it up and had to go right to her Jane Jameson series. Now her Half Moon Hollow books are on my radar! I’m coming for you Half Moon Hollow!

I also got to read the first book in Lori Sjoberg’s Grave series this year. I enjoyed it and think it is a great introduction into a world of reapers! 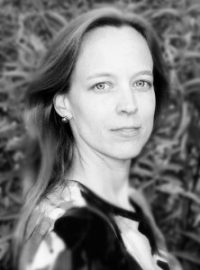 Lori was a born a coal miner’s daughter. No wait, that’s not right. Actually, she was born a carpenter’s daughter. Her mother was a housewife/homemaker/stay-at-home mom – whatever the politically correct term is these days. Basically, she made sure Lori didn’t get into too much trouble, a task easier said than done.

Growing up the youngest of three girls, Lori never had control of the remote. (Not that she’s bitter about that. Really. Okay, maybe a little, but it’s not like she’s scarred for life or anything.) That meant a steady diet of science fiction and fantasy. Star Trek, Star Wars, Twilight Zone, Outer Limits – you name it, she watched it. It fed her imagination, and that came in handy when the hormones kicked in and she needed a creative excuse for being out past curfew.

After completing her first manuscript, she joined the Romance Writers of America and Central Florida Romance Writers. Now she exercises the analytical half of her brain at work, and the creative half writing paranormal romance. When she’s not doing either one of those, she’s usually spending time with her husband and children of the four-legged variety.

Did you pick up a new to you author this year? Is it someone you’d like to read more of?

Top Ten Tuesday ~ Most Anticipated Reads For The Rest of 2015