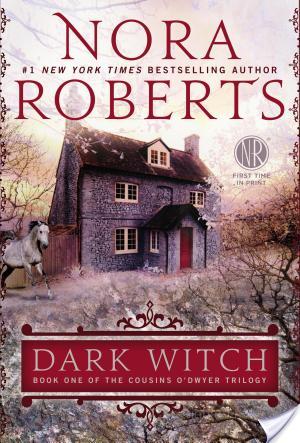 First in the all-new Cousins O’Dwyer Trilogy From #1 New York Times bestselling author Nora Roberts comes a trilogy about the land we’re drawn to, the family we learn to cherish, and the people we long to love... With indifferent parents, Iona Sheehan grew up craving devotion and acceptance. From her maternal grandmother, she learned where to find both: a land of lush forests, dazzling lakes, and centuries-old legends. Ireland. County Mayo, to be exact. Where her ancestors’ blood and magic have flowed through generations—and where her destiny awaits. Iona arrives in Ireland with nothing but her Nan’s directions, an unfailingly optimistic attitude, and an innate talent with horses. Not far from the luxurious castle where she is spending a week, she finds her cousins, Branna and Connor O’Dwyer. And since family is family, they invite her into their home and their lives. When Iona lands a job at the local stables, she meets the owner, Boyle McGrath. Cowboy, pirate, wild tribal horsemen, he’s three of her biggest fantasy weaknesses all in one big, bold package. Iona realizes that here she can make a home for herself—and live her life as she wants, even if that means falling head over heels for Boyle. But nothing is as it seems. An ancient evil has wound its way around Iona’s family tree and must be defeated. Family and friends will fight with each other and for each other to keep the promise of hope—and love—alive... Don’t miss the next two books in the Cousins O’Dwyer Trilogy Shadow Spell and Blood Magick This Book Is Bound with

This book was a Whispersync purchase for one of my book clubs.  I attempted the audio first as I was still working on another ebook.  It did not go well for me.  As usual with me, it takes a while for me to acclimate to a new narrator.  I switched to the ebook.  By about 40% in, I was ready for the book to be over.  I switched back and forth between ebook and audio just to try and get through it.

I was expecting romance with some paranormal.  The witches could produce some fun magic, but I did not find anything spectacular about it.  I also didn’t understand the whole ancestry thing.  Who came from who and how did Branna and Connor end up brother and sister but Iona as a cousin?  Why were Branna and Connor’s names so similar to the original children’s but Iona’s was so far off?  At least the witches familiar’s or “guides” as they are referred to here, were not cats.  I definitely would have done more eye rolling.

I found the romance in this book minimal.  The main couple were not together romantically a whole lot.  He didn’t want to acknowledge his feelings, but yet would suddenly grab her off her feet for a kiss.  Then they just move into the prologue where the minuscule amount of romance gives way to the HEA.  I didn’t get the connection in the romance at all.  Iona I found downright annoying.  She talked way too much.  In fact, I thought there were way more words than necessary in all the dialogue, even the spells.

The major conflict at the end of the story was disappointing.  I know this is a trilogy so some things have to continue on, but that scene just totally lacked the excitement I was expecting after a whole book of build up.

I did give the book points for the animals.  I loved the connection that the witches had with their guides and other animals.  The personalities of the horses came through and I really enjoyed that.

If you are expecting a good romance, you are not likely to get it here.  If you are looking for a good paranormal, you are probably not going to get it here.  I think if you are a die hard fan of Nora Roberts and are familiar with her Irish heritage writing then maybe you would be better off with this book than I was.

Review ~ Sweep With Me by Ilona Andrews
Bout of Books 9.0 Day 4 Update