Welcome to Rantings of a Reading Addict’s stop on the Murdoch Vampires blog tour! Read on to learn more about the Murdoch Vampires and then be sure to enter the giveaway at the end where we are giving away one basic Kindle, a $25 gift card to EdenFantasys.com, and Kate Eden coffee mug. The Giveaway is for US/CAN residence only. Must be 18 to enter. 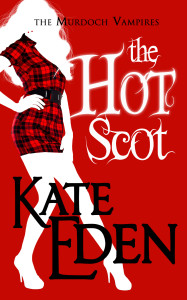 Logan Murdoch hates complications. All he wants to do is work in his lab and create products to help vampires blend into mortal society. But when his mother begs him to get her painting back from the museum, he discovers a very attractive complication in the form of curator Sydney Worth. She buys his lie that he’s the descendant of the man in the three-hundred-year-old painting, but refuses to give it to him. What’s worse? She’s immune to his mind control.
Sydney couldn’t believe her eyes when the spitting image of the Hot Scot walked into the museum. But her attraction to Logan Murdoch suffers a huge blow when he demands the painting. Losing the piece could threaten her job and she senses Logan is hiding something from her. But this vampire who hates complications and the ambitious curator with trust issues are about to learn the fine art of love.

Goodreads | Amazon | Barnes and Noble | Kobo | Smashwords | All Romance eBooks
Excerpt:
[quote]Sydney still couldn’t believe the resemblance as she stared at him.
“Yes, well, my family came across the pond many years ago, so the accent has faded a bit,” he said. “As for the painting, your reaction is somewhat understandable. You see, I’m him—I mean I’m his descendant.”
After her muddled brain slowly absorbed that observation, Syd became aware of several things at once. First, she was not only straddling a complete stranger’s hips, she damn near had him in a death grip with her thighs.
Second, he was an extremely well-endowed descendant if the pressure against her pelvis was any indicator.
Third, as she stared into his eyes, a jolt of connection zapped through her midsection. She told herself it was just his resemblance to the man in the painting, but that didn’t explain the recognition she saw in his eyes, too.
She opened her mouth, hoping the right words would magically occur to her. Unfortunately, before inspiration could strike, a gasp sounded behind her.
“Miss Worth, what in the hell do you think you’re doing?” Marvin Stiggler’s outraged voice rang out in the cavernous gallery.
[/quote] 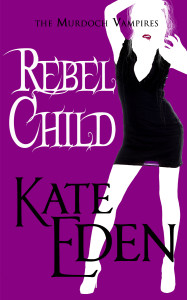 Raven really doesn’t see what all the fuss is about. All she did was kidnap a mortal and try to sabotage one of the most important developments in the history of the vampire race. For some reason, though, her father, who is the leader of the vampire race, is seriously pissed. He gives her an ultimatum: Spend 200 years in exile or submit to a last ditch crash-course in vampire etiquette.
As the poster boy for upstanding, modern vampires, Callum Murdoch stands for
everything the rebellious Raven loathes. He’s also the brother of the man Raven recently
targeted. But this very odd couple is about to find out that opposites don’t just attract—
they smolder.

[quote]“You could have launched a formal complaint through the proper channels. Instead, you wreaked havoc,” he said.
“Again, what good would a formal complaint have done when I am not in good standing with the Council?” I countered.
He steepled his fingers and pressed them lightly to his lips.
“Exactly. Which brings us back to the issue of why you are not in good standing,” he said.
Well, shit.
He reached behind the desk and I heard the sound of a drawer opening and closing. He sat back up and a large stack of folders thumped on the desk top.
“As you can see, your transgressions have been well-documented.”
He flipped open the top folder and started shuffling through pages.
“Here we have the report the fire drill you pulled during the Council meeting, causing mass panic. Hmmm. And let’s not forget the ‘Skunk Blood Incident of 1886,’” he paused to scowl at me when I snorted with laughter.
“Then there’s the time you replaced the beds of all the Council members with coffins. Shall I go on?” he said looking up from the foot-tall pile with fake courtesy.
I bit back a smile. I was damned proud of everything he listed and more. A lot of work and preparation had gone into those feats. Everything he considered a stunt, I considered civil disobedience for a good cause. I hated everything to do with the Council’s goals to make us more like mortals.
Don’t get me wrong, I didn’t think everything the Council did was bad, but give me a break.
[/quote] 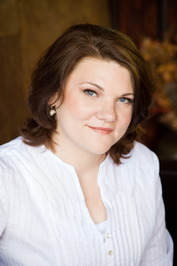 Kate Eden comes from a long line of mouthy broads who love to read, so it’s probably no surprise she caught the writing bug early. An avid romance fan since her early teens, Kate loves writing–and reading–stories about plucky heroines, sexy heros and the weird and wild journey people take on their way to love. She loves good food, cheap booze, and believes laughter is the cure for just about everything.

Now let’s get on with the giveaway shall we!

Kate Eden comes from a long line of mouthy broads who love to read, so it’s probably no surprise she caught the writing bug early. An avid romance fan since her early teens, Kate loves writing–and reading–stories about plucky heroines, sexy heros and the weird and wild journey people take on their way to love. She loves good food, cheap booze, and believes laughter is the cure for just about everything.

Spotlight ~ The Harder You Fall by Gena Showalter Exclusive Teaser