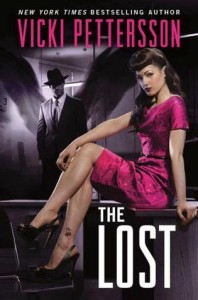 Goodreads Synopsis ~
Griffin Shaw and his wife were both murdered fifty years ago. Now a minor angel, Grif’s been granted permission to solve the mystery of his own death… if he helps the Pure angels guide those souls who might otherwise be Lost.

Souls like Jeap Yang, a drug addict in his final moments of life. Grif knows that death is coming, but he cannot intervene. However, Grif’s mortal lover, reporter Katherine “Kit” Craig, isn’t constrained by angelic protocol. If she can stop a death, she will.

But as Kit is about to find out, there are things more traumatic and evil than murder. A strange new drug is literally eating tweakers’ flesh from their bones, and Kit’s crusade to get it off the streets is set to propel her and Grif into a battle with a vicious drug cartel. They’ll have to scramble to stay alive, stay together, and choose their own fate… before it’s chosen for them.

Kit and Grif find themselves at odds with each over the plans for one of Grif’s takes and after Kit tries to intervene and save the intended soul, the duo ends up entangled in a major drug situation.

This new drug they are fighting totally freaked me out. It really hit home just what people will do for that high, what lengths addicts will go to despite the effect on their bodies. A real eye-opener.

The mystery in the The Lost was pretty well done. I was left really surprised at the head of the organization, as were Kit and Grif, I think. It was really unexpected.

We do get a few big clues into the main mystery of who killed Griffin Shaw and his wife Evie. Enough I think that the next book will take off for those hints and be the main focus.

Now, my personal disappointment. The ending. I know this is a trilogy, so more will happen, but the way things were left off seemed so final to me, and sad. It leaves me wondering if the final book will rectify what happened or go off in a completely different direction. I guess I will need to wait and find out, and from what I’ve heard (I haven’t read Vicki’s Signs of the Zodiac series yet) Vicki’s characters really take a beating sometimes. This makes me very nervous for the end of this trilogy. Man I hate waiting!

Also, if you ever get the chance, make sure to go to one of Vicki’s signings. She is awesome!