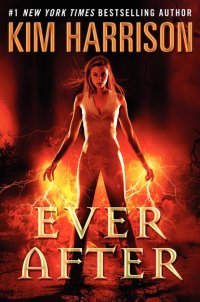 The ever after, the demonic realm that parallels the human world, is shrinking. If it disappears completely, so does all magic. It’s up to witch-turned-daywalking-demon Rachel Morgan to avert catastrophe and keep life from changing… for the worse.

While saving the world is important, it isn’t Rachel’s only motivation. There’s also the small fact that she caused the ley line to rip in the first place, setting off a chain reaction of unfortunate events. That little mistake has made her life forfeit unless she can fix it. It’s also made her more than a few enemies, including the most powerful demon in the ever after—a terrifying entity who eats souls and now has an insatiable appetite for her. He’s already kidnapped her friend and goddaughter to lure her out, and if Rachel doesn’t give herself up soon, they’ll die.

But Rachel has more than a few impressive and frightening skills of her own, and she isn’t going to hand over her soul and her life without one hell of a fight. She’s also got a surprise: elven tycoon Trent Kalamack. With this unlikely ally beside her—a prospect both thrilling and unnerving—she’s going to return to the ever after, kick some demon butt, rescue her loved ones… and prevent an apocalypse before it’s too late. Or, at least that’s the plan…

I’ve been a Rachel follower for many years now, and I have to say that she has grown considerably from that flying-by-the-seat-of-your-pants girl from Dead Witch Walking.  She has learned a lot of new tricks and has finally come to terms with what she is and how to make that work for her.  Relationships are shifting and her partners are changing.

As for working with Trent… this tension between them is going to kill me!  It is only made worse by the return of a couple of characters we had seen the last of.  Ever After gives us a return of characters, as well as saying goodbye to a couple.  Ms. Harrison has once again torn beloved characters from us again.  I was so mad.  I was in tears and just ready to scream.  I couldn’t believe it.  It is so hard losing characters and watching the others deal with their grief.  Of course I was grieving too so it was like we were all going through it together.

The one thing I find with the Hollows series is that we always move quickly between action scenes.  There is always little downtime so we are left holding on for the ride.  Emotions are so high in this book it was hard to put down.

I think to truly experience the full effect of Ever After, you should really have read the rest of the series.  There is so much growth and evolution between the characters, and you really need to understand what they have suffered.

Rating:  4 out of 5 (I cannot give it a 5 because I am still mad about the characters we lost!)
Challenge:  Ebook Challenge 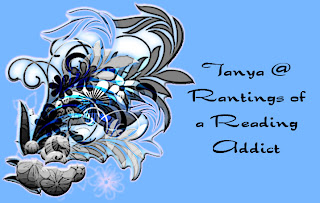