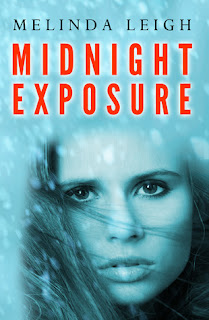 Goodreads Synopsis ~
Reluctant tabloid photographer Jayne Sullivan is on assignment: find an elusive wood sculptor and get the first pictures of the hottest new superstar in the art world. An anonymous tip sends her to rural Maine, where she is stranded by a snow storm. But instead of the reclusive artist, Jayne finds a sexy, mysterious handyman. An attack on Jayne sets off a violent spree that stirs up terrible memories for Jayne. Is the angry artist trying to protect his privacy? Or is someone else stalking her? She is certain of only one thing. Nothing is what it seems. Both the hot handyman and his hometown have secrets. As if Jayne didn’t have enough of her own.

Reed Kimball is tired of death. Since his wife’s murder five years ago, the former homicide detective just wants to be left alone, far away from the media publicity that nearly destroyed him. But the local police chief wants Reed’s help with the bizarre murder of a college student in which the killer left an ancient Celtic coin under the remains. As if his life isn’t in enough turmoil, Reed is stunned by his attraction to a gorgeous, overly curious photographer. When Jayne is attacked, Reed is torn. His hidden past is far too scandalous to risk exposure. Isolated by the blizzard, Jayne and Reed wish temptation was the only peril that faces them. But Jayne’s assailant isn’t finished with her yet—and his desires are darker that anyone could imagine.

My Review ~
What is it about Maine?  It kind of reminds me of Alaska, how all these crazy, violent crimes happen in these rural, hard to reach areas.  I watched Stephen King’s IT last night and that was Maine too!  That whole feeling of being trapped in the middle of nowhere with no way to get help… *shivers*  I hate that feeling, and this book is full of it.  Jayne can’t seem to get anywhere.  I would be stealing the nearest snowmobile and getting the hell out of that town!
Of course, Jayne has suffered violence in the past, so she has trained herself to deal with it.  Really she’s pretty smart.  I envy her that.  I do need to know something though.  What is it with mentally handicapped handy men or inn keepers or whatever?  I’m currently reading Nightwatcher’s and it has a handicapped maintenance man.  I think Midnight Exposure is a compilation of all the scary things I am uncomfortable with and are used to distract us from the obvious villians.  Unless of course they actually ARE the villians, and if that is the case they are not being very original.  I just had to put that out there because it just seemed to be such a coincidence that this characteristic is used in so many books.
I really liked the hero and heroine in this book.  Jayne is the tough, kick-ass lead role and Reed is not the kind of guy that feels threatened by that.  He wants to protect her, but is just as likely to hand her the gun and let her help him protect her.  Their relationship worked very well, I think.  Their relationship kind of progressed in a pretty short time period.
Now, the meat of the story, the crime that is terrorizing this small town with only a chief and a deputy for protection.  That could be why all these creepy things happen in small, out of the way towns, they do not have enough personnel.  Anyway, I had a hard time trying to relate the purpose of Jayne’s character on the story.  The villain spends all this time chasing her down, but there is not a lot of emphasis on the actual motive he has for her.  I mean, I can understand the purpose in a way, but the villain had his plan in place before Jayne stumbled into town, why she became so important to his plan was my question.  The clues eventually start leading in the direction and you have a pretty good idea about three quarter’s through who the bad guy is.  There is, however, a neat little twist at the end that will leave you kind of, I don’t know, puzzled maybe… I don’t know, I was kind of like “where the hell did that come from”.
All in all, not a bad story.  I have spent the time trying to figure out whether it was this book, or my burnout from a read-a-thon that made it drag on the way it did.  Since I do not normally read this genre, except for a select few authors, I don’t really have much to judge it on.   I think I will give it a 3.5 out of 5, for a couple of reasons.  First, I don’t understand the whole playing it up that the innkeeper’s son was slow.  It didn’t tie into the story at all except to pretty much say he was.  Why would you even put that in there if you were not going to use it for some reason.  Also, the ending.  I am still kind of stunned on how the villain comes out.  Don’t let me dissuade you though, I do not regret reading it, I just didn’t “love” it like I do my KarinSlaughter novels.
So, onto my next thriller, then I am treating myself with the next (next for me) Immortals AfterDark.  Can’t wait!

Have you read Midnight Exposure?  What did you think?